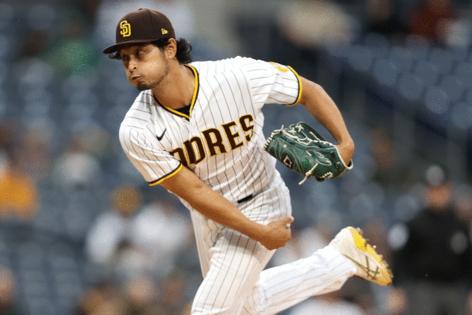 The earliest it will happen again is Sunday, as they continued Friday to delay what still seems inevitable but feels a little less so with each passing defeat.

The latest of those was a 3-1 loss to the Chicago White Sox, which kept the Padres’ magic number at three.

A third straight defeat, combined with a victory by the Milwaukee Brewers, left the Padres needing three victories or three Brewers’ losses, or any combination of the two, in the next five games.

The missed opportunity against a team out of playoff contention came on a night the Padres pitched their ace and were facing a rookie making his eighth start.

The Padres scored just once in 5 2/3 innings against right-hander Davis Martin, who struck out a career-high eight batters.

They did not score in the fourth inning despite having runners at first and second with one out.

An aggressive send by third base coach Matt Williams, with Manny Machado due up, cost the Padres a chance to at least tie the game in the fifth inning.

They failed to score in the seventh after Ha-Seong Kim led off with a single and stole second base before an out was made.

The White Sox scored twice in the fourth inning and added a run in the sixth against Yu Darvish, who lost for the first time in seven starts.