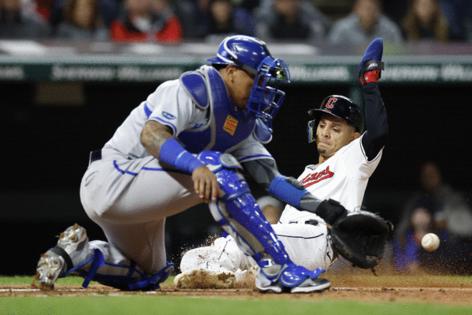 This season, Brady Singer proved he’s capable of being the lead figure in the Kansas City Royals’ pitching rotation. But a season of maturity and strides ended on a sour note as Singer got roughed up by a division rival for a five-run inning in his final start of the season.

Singer lost for the first time since the first week of August as the Royals fell, 6-3, to the Cleveland Guardians in front of an announced 19,753 in the first game of a six-game series between the teams at Progressive Field in Cleveland.

The Royals (63-94) lost their fourth straight game in starting their season-ending road trip.

The teams were originally scheduled to play a season-opening series in Cleveland, but the MLB lockout of the players and the delayed start to the season wiped out that series. Those games were added to the already-existing season-ending series.

The Royals led by three halfway through the game, but they didn’t score the rest of the night and finished with just four hits.

He entered the night with an ERA of 2.99 through 26 games (23 starts), bidding to become just the second Royals pitcher since 2000 to finish the season with an ERA below 3.00 while pitching at least 150 innings.

His teammate Zack Greinke, who posted a 2.16 ERA during his Cy Young Award-winning campaign in 2009, is the only Royals pitcher to accomplish that feat.

Singer didn’t allow a hit the first time through the Guardians’ batting order, and he struck out six of the first nine batters he faced. He didn’t give up a hit until the start of the fifth inning.