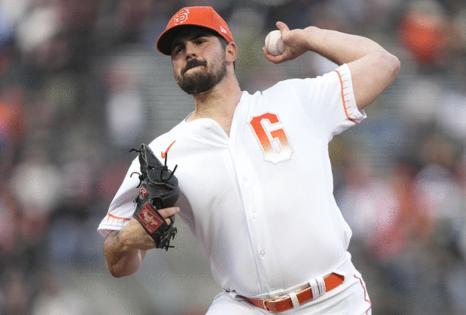 SAN FRANCISCO — Two grand slams, separated by about 10 minutes but thousands of miles, could change the course of baseball’s playoff race. What’s crazy isn’t the coincidence; it’s the fact that it matters at all.

On the cusp of elimination seemingly since the All-Star break, the San Francisco Giants are hanging by a thread to the mathematical possibility of a postseason berth. Not only will they not die — they beat the Colorado Rockies, 6-4, on Thursday for their ninth win in 10 games — their competition hasn’t exactly broken out the shovels, either.

One loss by the Giants and one win by the Milwaukee Brewers or the Philadelphia Phillies will officially end their playoff hopes. But that was the case Saturday, too, and it remains true five days later.

Sometime around 7:15 p.m. PT Thursday — after Philadelphia lost its fifth straight earlier in the day — the Marlins’ Avisail Garcia launched a grand slam over the center field wall in Milwaukee. Once on the cusp of retaking the third wild card spot from the Phillies, leading 2-0 in the eighth inning, the Brewers were instead sent to a 4-2 loss.

At about 7:25 p.m., the first home run of Ford Proctor’s career sailed into the first row of the bleachers in left field at Oracle Park. After a pair of walks and a pair of singles already loaded the bases and plated one run, Proctor’s first career homer also happened to be a grand slam that broke open their win over Colorado.

As he rounded first base, Proctor pumped his first. And when he reached home plate, he was greeted by a hurricane of high fives.

Proctor, 25, a utilityman acquired via trade from Tampa Bay last month, became the 16th player in Giants franchise history to hit a grand slam for his first career home run, the first since Kelly Tomlinson did so against the Cubs in 2015. (It was also how Brandon Crawford recorded his first home run and hit in his very first game in 2011.)

The grand slam was made all the more meaningful when the Rockies rallied off Jharel Cotton and John Brebbia for four runs in the ninth, after being blanked for eight innings. The Giants had to call on Camilo Doval to record the final out.

Will it matter, though?