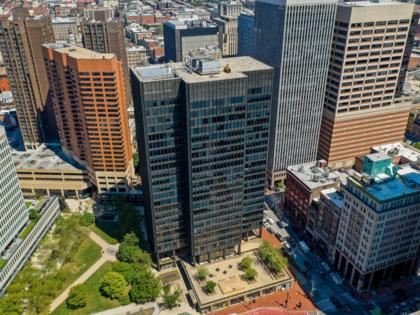 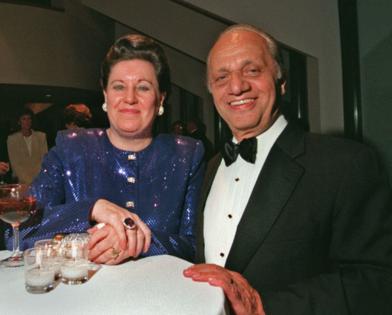 BALTIMORE — A judge on Wednesday scheduled a trial for July in the lawsuits over the Orioles and other assets of Peter Angelos, while encouraging the longtime team owner’s dueling family members to seek a settlement given the “very personal and very emotional aspects” of the case.

“We will schedule the case for July 10 for four weeks,” Baltimore County Circuit Judge Keith R. Truffer said during a hearing.

Truffer said the case would be scheduled as a jury trial, but asked if the parties would be willing to seek mediation and the attorneys indicated they would.

“Given the nature of the claims and the fact there are very personal and very emotional aspects of these claims ... it may be beneficial to engage in some significant mediation rather than fire off the rockets, so to speak,” the judge said.

The family fight first came to public light in June, when Louis Angelos, 53, sued his brother and their mother. He claimed John Angelos, 55, the Orioles CEO, was “plotting” to take over his father’s vast fortune — which in addition to the team includes his law firm and real estate holdings — and was confusing and intimidating their mother, Georgia Angelos, 80, into going along with him.

The suit revealed that Georgia Angelos wanted to sell the Orioles, and intimated that should John Angelos succeed in consolidating his power over the team, he could move it to Tennessee where he and his wife have a home and music management company. But Louis Angelos’ suit also said that his brother had thwarted efforts for a sale of the Orioles, which had drawn the interest of “one highly credible group of buyers.” Sources have since told The Baltimore Sun that while John Angelos is open to selling part of the team, he would like the family to keep a majority stake in it.

Louis Angelos’ suit drew swift responses via public statements issued by the Orioles, with John Angelos saying the Orioles would never leave Baltimore and Georgia Angelos expressing full faith in her elder son as the head of the team.

Truffer, who is hearing the suits together, on Wednesday urged the parties to soften the nature of the intensely personal debate.

“Let’s try to tone that down a little bit,” he said.

Before becoming a judge, Truffer was a partner at a Towson, Md.-based law firm, Royston, Mueller, McLean & Reid. While Peter Angelos made his name winning settlements and awards for steel mill and shipyard workers harmed by asbestos, Truffer had represented companies on the other side of such cases.

Truffer said at the hearing that while he did handle defense of asbestos claims, “many of which were filed by the Angelos office,” his experience won’t effect “one iota” his ability to oversee the lawsuits.

The family’s legal turmoil comes at a critical time on both personal and public fronts. Long one of the state’s most prominent and powerful figures, Peter Angelos has been incapacitated by failing health for several years.

The Orioles, who have not had a winning season since 2016, are in the midst of a surprising bid for a playoff slot as a yearslong rebuild is finally beginning to pay off. The team is approaching the final year of its current lease on Camden Yards and continues negotiations with the Maryland Stadium Authority with much at stake — including up to $600 million in state bonds to upgrade the 30-year park.

Much of the back-and-forth in court documents has dealt with what the family patriarch himself intended — or at least, what family members say he intended — for his assets. How that will be settled remains to be seen.

John Angelos and Georgia Angelos are represented by a stable of lawyers, including Los Angelos-based veterans of high-profile litigation. Among Georgia Angelos’ lawyers is Adam F. Streisand, who has represented sports team owners in other family feuds. John Angelos’ legal team includes Daniel Petrocelli, perhaps best known for winning a $33.5 million award in a civil suit against O.J. Simpson for the deaths of his ex-wife, Nicole Simpson, and her friend, Ron Goldman.