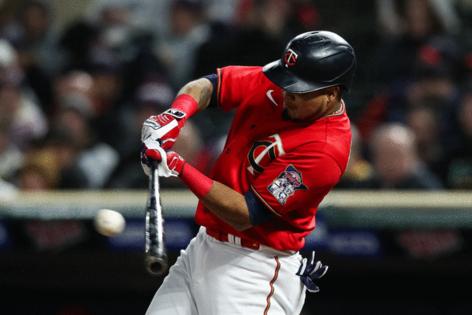 The offense, which has been mostly subdued for the past month, stacked up 11 hits to the Angels' four in front of an announced crowd of 30,959 at Target Field.

The Twins struck early with three hits and two runs in the first inning off Angels starter Reid Detmers. Gio Urshela's RBI ground-rule double and a sacrifice fly from Gary Sanchez put them up early. Carlos Correa added an RBI single in the second to make it 3-0.

But the Angels leveled the score in the third inning thanks to their two marquee players. Mike Trout delivered an RBI double ahead of Shohei Ohtani's two-RBI single. Twins starter Joe Ryan lasted only one more inning, exiting peculiarly early for the rookie. He gave up four hits along with those three runs in those four innings, plus three walks and five strikeouts.

Jake Cave helped put the Twins back into the lead with a leadoff triple in the fourth, coming home on Jermaine Palacios' sacrifice fly. Two singles in the fifth from Luis Arraez and Urshela set Gary Sanchez up for a three-run homer to give the Twins their largest lead of the evening.

Urshela later scored on Gilberto Celestino's groundout in the seventh to make it 8-3.

Despite Ryan's quick departure, the Twins middle relievers of Griffin Jax, Caleb Thielbar, Michael Fulmer and Jorge Lopez combined for four no-hit innings and four strikeouts with just one walk. Rookie Jhoan Duran came in to close and loaded the bases with just one out.

One run scored on Trout's sacrifice fly, but Ohtani grounded out to end the game.

The Twins improved to 74-78 while the Angels dropped to 66-86. The Angels' postseason hopes are already dashed. The Twins saw their chance to win the American League Central evaporate with Friday's loss, but their elimination number in the wild-card race still sits at three, giving them a slim possibility there with 10 games left to play.