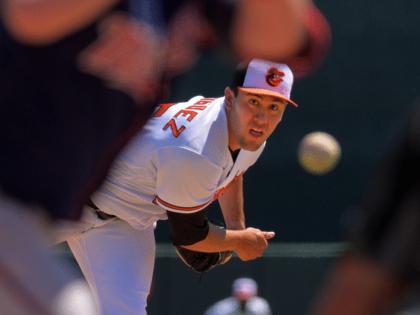 Rutschman has established himself as an American League Rookie of the Year candidate with the big league club, but with shortstop Gunnar Henderson taking his place as the top prospect in the game, Baseball America ranked Baltimore’s farm system No. 1 in Thursday’s midseason update. The Orioles also took the top spot in ESPN’s updated rankings.

In Baseball America’s preseason rankings of organizational talent, the Orioles were No. 4. They’ve risen as a result of Henderson’s development, as well as draft and trade deadline acquisitions. Baltimore selected Oklahoma high school shortstop Jackson Holliday with the first overall pick last month, and the publication ranked the 18-year-old as the No. 39 overall prospect. Despite not pitching since June because of a right lat muscle strain, right-hander Grayson Rodriguez is considered the No. 4 overall prospect and the best pitching prospect.

The Los Angeles Dodgers, Cleveland Guardians, Arizona Diamondbacks and Cincinnati Reds round out the top five in Baseball America’s rankings.

Henderson became the top-ranked prospect behind his results at Triple-A Norfolk, where he entered Thursday hitting .286 with a .906 OPS. Executive vice president and general manager Mike Elias said last week on MLB Network Radio that Henderson was “on the radar” for a promotion to the majors this season, and the young infielder played first base for the first time Thursday in a move to potentially increase his versatility.

With left-hander DL Hall (No. 56), outfielder Colton Cowser (92) and infielder Jordan Westburg (93) also highly ranked by Baseball America, the Dodgers and St. Louis Cardinals are the only clubs with more Top 100 prospects with seven each.

Baltimore added more pitching talent through deadline trades of All-Star closer Jorge López to the Minnesota Twins and first baseman Trey Mancini to the Houston Astros. Right-hander Seth Johnson is ranked No. 10 in the organization, right-hander Chayce McDermott is No. 17 and left-hander Cade Povich is No. 29. McDermott and Povich have already made the jump to Double-A Bowie.

Elias has emphasized his desire to build an “elite talent pipeline” in Baltimore, and with Rutschman already a graduate of that system, there are plenty more prospects on the way.

“We just sat there and plugged away at pushing young talent into the organization from every angle and improving the capabilities and the infrastructure of the organization,” Elias said last week on MLB Network Radio. “This year, it seems like it kind of organically spilling over into major league success. ... We have all sorts of good stuff to look forward to.”

The No. 1 ranking farm system just reinforces that idea.