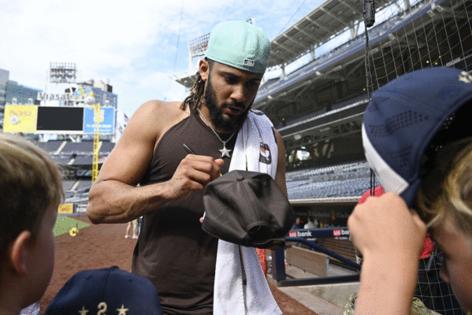 There was the Dutch cyclist who blamed a failed a drug test on his father-in-law, who fed him pigeon pie purportedly made from doped-up racing pigeons.

Or the German runner who claimed his nandrolone positives came from someone surreptitiously injecting it into his toothpaste.

Or Fidel Castro, who insisted world-record high jumper Javier Sotomayor's positive test was the work of the Cuban-American mafia.

A U.S. sprinter blamed a steroid-laced cream rubbed on his legs by a vindictive masseuse. Another said it must have come from a male enhancement product he bought at a local convenience store. Tyler Hamilton, a Tour de France cyclist on Lance Armstrong's team, suggested his abnormal blood levels were from a "vanishing twin" who died in utero but contributed extra blood cells to him during fetal life.

"Athletes always say, 'It's not possible,' " Dick Pound, an International Olympic Committee member from Canada who has led the global anti-doping crusade, once famously said, "followed by, 'There must be some mistake in the sample,' followed by, 'I must have got it from the toilet seat' … or ambushed by a roving squad of Nazi frogmen and injected against their will."

Give Fernando Tatis Jr. this much. At least he's creative.

"It turns out," Tatis said in a statement Friday after news broke of his 80-game suspension without pay by Major League Baseball, "that I inadvertently took a medication to treat ringworm that contained clostebol. I should have used the resources available to me in order to ensure that no banned substances were in what I took. I failed to do so. … I have no excuse for my error, and I would never do anything to cheat or disrespect the game I love."

Here's the thing: It's plausible.

But probable? That's for you to decide in the absence of more information.