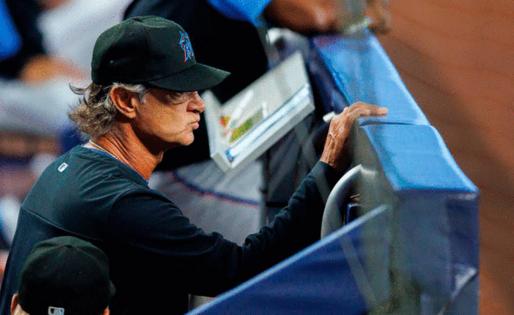 MIAMI — The Miami Marlins could only watch after the ball left Michael Harris II’s bat.

The rookie outfielder crushed Elieser Hernandez’s middle-middle fastball in the eighth inning for a go-ahead, two-run home run to break a tie game and lead the Atlanta Braves to a 4-3 win over the Marlins on Friday at loanDepot park to begin a three-day, four-game series. Miami is now 50-62, including 19-25 in one-run games. Atlanta improves to 67-46.

Prior to Harris’ home run, the only runs the Braves scored came on a Matt Olson home run in the fourth and a Dansby Swanson sacrifice fly in the sixth — both against starter Pablo Lopez, who pitched 5 2/3 innings.

Miami got one run back in the eighth on a Peyton Burdick one-out RBI double that scored Jacob Stallings, who doubled and advanced to third on a wild pitch. Stallings finished the game with three hits, including two doubles.

Burdick, however, was stranded when pinch-hitter Garrett Cooper struck out and second baseman Jon Berti popped out.

JJ Bleday and Miguel Rojas drew walks against Kenley Jansen in the ninth to put the tying run in scoring position and the winning run on the basepaths with two outs, but Lewin Diaz flew out to right field to end the game.

All this came after the Marlins jumped to an early lead.

Anderson opened scoring with a 404-foot home run to left field in the second inning in his first at-bat back after missing 17 games with a left shoulder injury. Miami tacked on another run later in the inning when Rojas drew a walk, got to third on a Diaz single and scored when Stallings hit into a double play.

Miami put two more runners aboard with two outs in the second inning on back-to-back singles from Burdick and Joey Wendle before Berti struck out swinging.

They had another two-out rally in the works in the third with back-to-back singles form Anderson and Rojas before Diaz flew out to center field.

Stallings led off the fourth with a double but was stranded.

The Marlins then had two on with one out in the sixth via a Diaz walk and Stallings single but were stranded when Burdick struck out and Wendle grounded out — both on full counts.

Two opportunities were then wasted in the seventh. First, Berti was caught trying to steal third after leading off the inning with a double off the wall in left-center. After that, Jesus Aguilar walked and was replaced by pinch-runner Luke Williams, who stole second. JJ Bleday struck out swinging and Anderson was intentionally walked to put runners on first and second with two outs. Rojas proceeded to hit an inning-ending flyout.