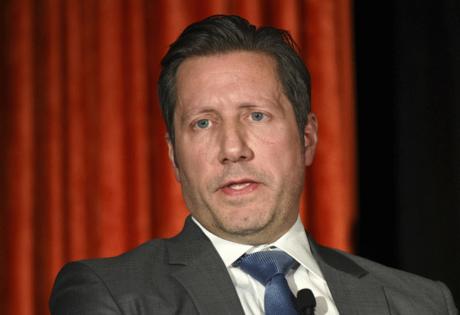 BALTIMORE — The wife of Orioles owner Peter Angelos claims in a lawsuit filed Tuesday that their younger son, Louis Angelos, has sold his father’s law firm, which over the decades has won billions of dollars for victims of asbestos and tobacco, for a price to be determined later.

The buyer: Louis Angelos himself.

Georgia K. Angelos’ claim, in Baltimore County Circuit Court, comes two months after she and her older son, John, 55, the Os chairman and CEO, were sued by Louis Angelos, 53, over control of the baseball, legal and real estate empire built by the now-ailing family patriarch.

Peter Angelos, 93, has been incapacitated for several years, and his wife’s legal action intensifies the family feud revealed in their son’s lawsuit. That suit, which like the new one confirms long-running speculation that the family has plans to sell the Orioles, accused John of plotting to consolidate his power over his father’s assets, particularly the team, and intimidating their mother into acquiescence.

But Georgia Angelos, 80, struck back Tuesday, saying it is Louis Angelos whose conduct has been so “nefarious” that it constitutes “elder abuse” of his father.

“It is Lou who surreptitiously seeks to abscond with Peter’s legacy,” her suit said. “The only small blessing is that Peter lacks the capacity to comprehend this betrayal.”

Georgia Angelos is seeking to have Louis Angelos removed as a co-agent under Peter Angelos’ power of attorney terms and to invalidate the purported sale of the law firm.

In her suit, Georgia Angelos petitions for damages against her son under the state’s Statute Against Financial Exploitation, or SAFE Act, which the General Assembly passed last year.

“It is difficult to conceive of a more flagrant act of financial exploitation of a vulnerable adult than that which was perpetrated by Lou against his own father,” the suit states.

Tuesday’s filing lifts the curtain further on the behind-the-scenes battle revealed by Louis Angelos’ lawsuit, which put one of Maryland’s most prominent, yet private, families in a harsh spotlight.

ANAHEIM, Calif. —The Angels’ forgettable season is ending with a too-little-too-late hot streak.

Mike Trout hit his 39th homer of the season and Trout, Livan Soto and Taylor Ward each had three hits as the Angels beat...Read More

Sunday in St. Louis had a festive feel and was supposed to be about a coronation of Cardinals stars, the formal feting of Adam Wainwright, Albert Pujols and Yadier Molina in their final regular-season home game.

MILWAUKEE — Pablo Lopez’s final pitch of the season, a 96.1 mph four-seam fastball, whizzed near the top of the strike zone, just close enough for Andrew McCutchen to chase for an inning-ending strikeout. Lopez spun ...Read More

The Red Sox made history.

The Blue Jays owned the Red Sox all year. And on Sunday afternoon at the Rogers Centre, they finished up what they started.

With three more towering home runs, the Jays handled the Sox in a 6-3 ...Read More