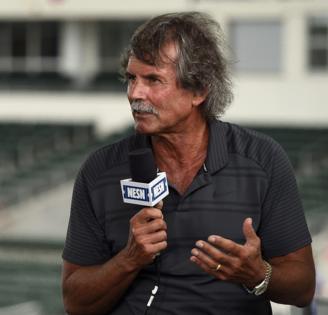 Dennis Eckersley is retiring from the NESN booth at the end of this Red Sox season, the Hall of Famer and the network announced on Monday.

Eckersley, who pitched eight seasons with the Red Sox, joined NESN in 2003 as a studio analyst before being part of broadcast booth in 2009 and becoming a popular and endeared color commentator known for his quick wit, unique style and smart analysis during Red Sox games.

“After 50 years in Major League Baseball, I am excited about this next chapter of my life,” the 67-year-old Eckersley said in a statement. “I will continue to be an ambassador for the club and a proud member of Red Sox Nation, while transitioning to life after baseball alongside my wife Jennifer, my children and my grandchildren. I’m forever grateful to NESN, the Red Sox, my family and the fans for supporting me throughout my career and through this decision and I look forward to remaining engaged with the team in a variety of capacities for years to come.”

“We are fortunate that Dennis has been a part of our Red Sox coverage on NESN for 20 years. His unbridled passion, nuanced insights and Eck humor will be dearly missed and we are thankful for his many contributions to NESN,” said Sean McGrail, NESN President & CEO. “We wish him the best as he embarks on this next chapter of his life as a grandfather, father, husband and member of Red Sox Nation.”

Eckersley is calling around 75 games for NESN this season. His final game with the network will come on Oct. 5, the regular-season finale against the Rays at Fenway Park.