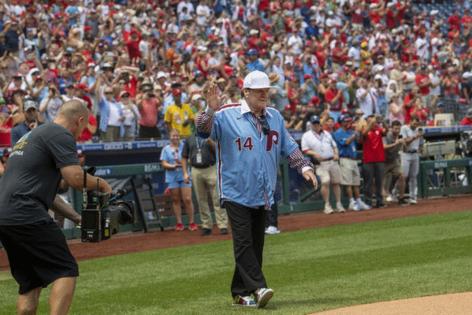 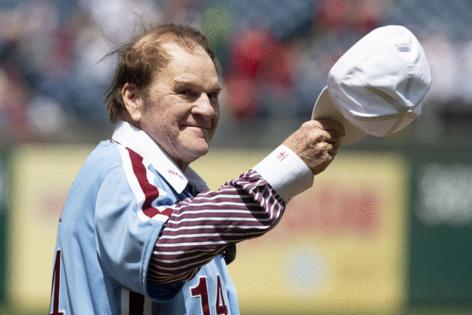 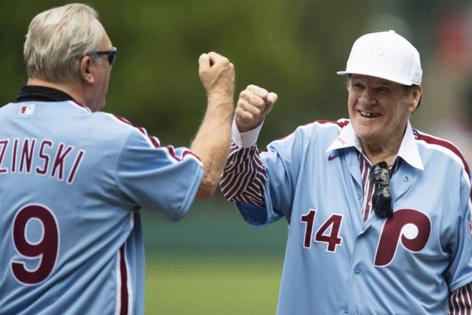 “No, I’m not here to talk about that,” Rose said when asked by The Inquirer. “Sorry about that. It was 55 years ago, babe.”

Rose, 81, was banned by Major League Baseball in 1989 for betting on baseball during his playing and managing career. In 2017, testimony came out in federal court alleging that he had a relationship with a girl in Cincinnati —referred to as Jane Doe — who was below the age of consent at the time the relationship started. In a sworn statement submitted by the woman in court filings, which were obtained by the ESPN, she said her relationship with Rose started in 1973 and continued for a couple of years.

Rose said in court filings that he had sex with her but believed she was 16 at the time. He added that their relationship “began sometime in 1975.” Rose was 34 years old in 1975 and married with two children. Because the statute of limitations has passed, Rose cannot be charged with statutory rape.

The testimony came out as part of a defamation lawsuit Rose brought against lawyer John Dowd in 2017. Dowd led MLB’s 1989 investigation that led to Rose being banned from baseball, but the defamation lawsuit centered on an interview Dowd gave in July of 2015 on the radio station WCHE-AM in West Chester.

In the interview, Dowd said an associate of Rose’s, Michael Bertolini, told him Rose liked to have sex with underage girls.

“Michael Bertolini, you know, told us that he not only ran bets but he ran young girls for him down at spring training, ages 12 to 14,” Dowd said. “Isn’t that lovely? So that’s statutory rape every time you do that.”

Rose denied that he committed statutory rape, adding that Dowd’s remarks were “entirely false in every respect.”

Rose was made available after the on-field ceremony on Sunday. When asked by the Associated Press about his comments to The Inquirer, he said: “I’m going to tell you one more time. I’m here for the Philly fans. I’m here for my teammates. I’m here for the Phillies organization. And who cares what happened 50 years ago. You weren’t even born. So you shouldn’t be talking about it, because you weren’t born. If you don’t know a damn thing about it, don’t talk about it.”