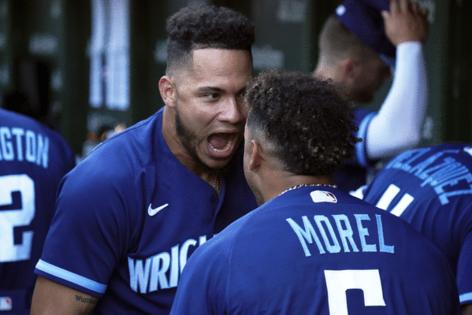 In a word: Dominant.

But the outing went to waste.

Willson Contreras hit a go-ahead, two-run home run in the eighth inning against Dylan Floro as the Cubs beat the Marlins, 2-1, at Wrigley Field to begin a three-game series.

Contreras’ game-winning home run came on an 0-1 change-up below the strike zone that he lifted to left-center field. Nick Madrigal led off the inning with a single to right field to put the game-tying run on the basepaths.

That one swing spoiled Cabrera’s return.

Cabrera’s eight strikeouts were one shy of his single-game career-high. Cubs hitters swung at 34 of Cabrera’s 78 pitches — and missed on 17 of those swings.

His fastball topped out at 98.3 mph and averaged 96.3 mph, about a half-mile slower than his season average.