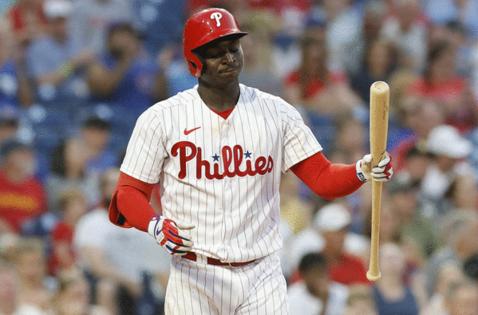 PHILADELPHIA — Didi Gregorius’ days with the Phillies are over.

In another move to make the roster younger and more dynamic while also maximizing the odds of ending a decadelong playoff drought, the Phillies released Gregorius on Thursday. They are responsible for paying the roughly $5 million left on the veteran shortstop’s contract.

Gregorius, 32, batted .210 with one home run and a .567 on-base plus slugging percentage in 63 games. With second baseman Jean Segura returning from a fractured right index finger, the Phillies chose to stick with rookie Bryson Stott at shortstop and ditch Gregorius.

Gregorius initially signed a one-year, $14 million contract with the Phillies and played well in the pandemic-shortened 2020 season, batting .284/.339/.488 with 10 homers. But the Phillies followed up with a two-year, $28 million deal at a time when other free-agent shortstops (Andrelton Simmons, Freddy Galvis, even Marcus Semien) were getting one-year contracts.

Hampered last year by multiple injuries, including an elbow issue that he said was misdiagnosed and required offseason surgery, Gregorius batted .209/.270/.370 with only 13 home runs.

The Phillies were counting this season on a bounceback. It never came.

But with Stott, they had another option. A natural shortstop, Stott had been filling in for Segura at second base. Although his numbers are lacking (.196/.262/.314, seven homers), he has delivered several big hits, including a walk-off three-run homer June 5 against the Los Angeles Angels.

Gregorius is one hit shy of 1,000 for his career. In his final game with the Phillies, he went 1 for 4 in a 3-1 victory in Atlanta. In a potential spot to use a pinch-hitter in the ninth inning and tough Braves lefty A.J. Minter, interim manager Rob Thomson stuck with Gregorius, who grounded out.

MILWAUKEE — The first goal the Cardinals set for themselves in spring training, the gateway goal that would get them into the postseason and closer to achieving their loftiest ambition, is also the one Nolan Arenado has ...Read More

WASHINGTON – Braves opponents beware: Ronald Acuña might be heating up.

He homered twice as the Braves defeated the Nationals 8-2 on Tuesday. More importantly, Atlanta is tied for first place in the National League ...Read More

BOSTON — The Red Sox snapped a six-game losing streak with an 13-9 victory over the Baltimore Orioles in the second match of a four-game set before 30,765 on Tuesday night at Fenway Park.

The Red Sox were mired in their...Read More