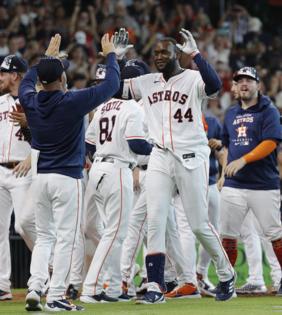 HOUSTON — For the second time in their past three games, the Kansas City Royals gave up a lead late and fell victim to a walk-off homer in the ninth inning.

This time, Houston Astros slugger Yordan Alvarez inflicted the pain with a solo blast off Royals closer Scott Barlow with two outs in the ninth to hand the Royals a 7-6 loss in front of an announced 33,936 at Minute Maid Park on Monday afternoon.

Royals rookie catcher MJ Melendez belted his seventh and eighth home runs of the season, his first since June 10, and left fielder Andrew Benintendi was on base four times in a Fourth of July matinee and the opener of a four-game series.