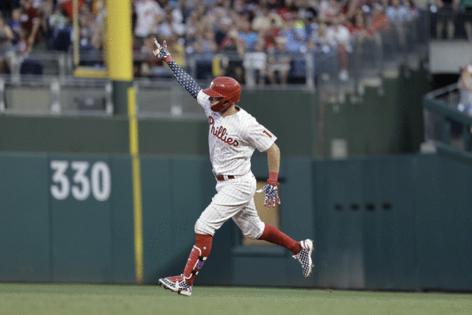 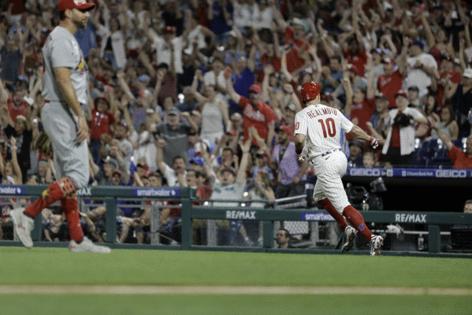 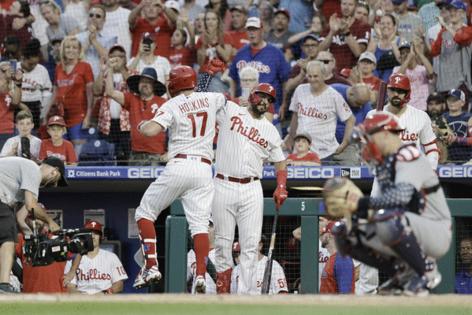 It was July 3, too soon by any reasonable measure for scoreboard watching. But it was also Sunday Night Baseball, the last game of the day, so the opportunity facing the Phillies was hard to miss.

The Atlanta Braves already lost. The San Francisco Giants did too. With a win over the St. Louis Cardinals, another National League contender, the Phillies could pull within 1 1/2 games of a playoff spot.

The postgame fireworks were practically a bonus.

Now, a word of caution: The whole thing could still go sideways. Bryce Harper just had thumb surgery, after all. Jean Segura is out with a broken finger. Before the game, lefty Ranger Suárez joined fellow starter Zach Eflin on the injured list. And shortstop Didi Gregorius has a knee injury that won’t abate.

But Tuesday will mark the midpoint of the schedule. The Phillies are 42-38, and although a lot can -- and most certainly will -- happen over the final 82 games, they are well positioned to be relevant throughout the summer.

That’s half the battle.

If the Phillies are going to at least tread water until Harper gets back -- and they just completed a week in which they went 3-3 against the Braves and Cardinals -- the old reliables must lead them. That means Hoskins and Realmuto, Kyle Schwarber and Nick Castellanos, Wheeler and co-ace Aaron Nola.

This would be an opportune time for Realmuto to take off, too. After hitting three homers in his first 254 plate appearances, he has gone deep three times in his last 33 trips to the plate.