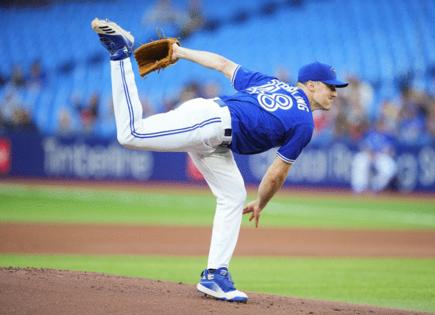 They didn’t necessarily miss Jarren Duran, who is not vaccinated against COVID-19 and thus ineligible to play in a crucial series against the Toronto Blue Jays, because Rob Refsnyder looked just fine while hammering a game-tying, two-run homer in straight-away center field in the seventh.

But the Red Sox sure missed Tanner Houck, their unvaccinated closer, in the ninth inning.

Tyler Danish and Hansel Robles combined to blow the save as the Blue Jays scored two in the ninth to complete a 6-5 comeback win.

It knocked the Sox back behind the Blue Jays in the American League Wild Card race.

Trouble in the ninth inning? Welcome back, old friend.

Look back to the terrible parts of April/May and few things stand out the way their closer problem did. Tuesday night’s loss was the seventh extra-innings loss of the season for the Red Sox. In all seven of them, the Red Sox were leading after the eighth inning.

Instead of popping a cold Molson Canadian to celebrate a gigantic win in Canada, the Red Sox completed an unusual bingo card of being walked-off on in all five American League East ballparks this year, a stat that NESN’s Tom Caron read with a somber tone on the postgame show.

How else could the Red Sox feel but upset?

It’s hard to remember another time in recent baseball history that players willingly chose not to be available for their team in a series with serious playoff implications, but the Red Sox learned two important things on Tuesday night: they’ve got some outfield depth in Refsnyder, but they sure need help in the bullpen.

PHILADELPHIA — The Phillies won their 60th game of the season on Sunday, and their fifth game in a row, and they did it with ease. In a 13-1 win over the Washington Nationals, to complete a four-game sweep, the Phillies ...Read More

KANSAS CITY, Mo. — The youth-infused Kansas City Royals started their 11-game homestand by taking three of four against the Boston Red Sox, a club that just traded for former Royals star Eric Hosmer a few days ago and ...Read More

BALTIMORE — When Brandon Hyde whipped the hat off his head, it was almost as if he needed to let the steam out more easily. The Orioles manager had been standing on the top step of the dugout, waiting for a verdict on a ...Read More