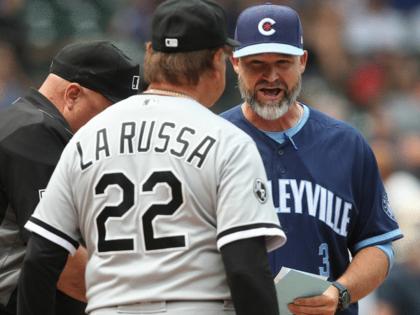 It hasn’t exactly been the best of times for Tony La Russa and David Ross, the two baseball managers in a baseball town.

Neither is a particularly good loser, yet losing has defined both of their 2022 seasons in the first three months.

La Russa’s Chicago White Sox were expected to be World Series contenders. It’s a team custom-built for a veteran manager to get it over the hump, which is why La Russa came out of retirement in 2020 to take the reins.

But the Sox began their West Coast trip Monday in Anaheim with a losing record amid plenty of discord over whether La Russa carries most of the blame.

On the flip side, not much was expected from Ross’ Cubs after a 91-loss season and only two significant free-agent signings in Marcus Stroman and Seiya Suzuki.

But the Cubs, being the Cubs, still have managed to play below those low expectations. They’ll take the fifth-worst record in the majors (28-45) into Tuesday’s opener of a three-game series with the bottom-feeding Cincinnati Reds.

The collective angst among Chicago baseball fans is at near-historic levels, perhaps not seen since the summer of 2002, when the Cubs lost 95 games under Don Baylor, Rene Lachemann and Bruce Kimm and the Sox finished .500 under Jerry Manuel.

No one is happy, except perhaps the beer cup stackers not watching the games at Wrigley Field and the gambling sites accepting wagers from the dwindling number of Sox fans who still believe they’ll make a run.

La Russa, 77, and Ross, 45, are quite different in age and personality. But they do share a few similarities, including a testiness on occasion after difficult losses. Both have been tested in 2022.

La Russa has been confrontational with reporters, and Ross once walked out on a reporter’s question, which he later apologized for. Neither has spewed volcanic ash despite the minor eruptions.