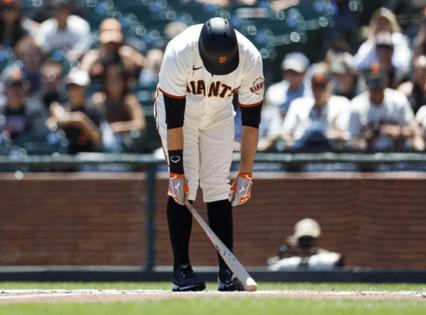 Coming up on the halfway point of the season, the San Francisco Giants can’t seem to find a rhythm, an identity, or a consistent lineup.

And after losing two of three to the lowly Cincinnati Reds at home this weekend, they are not one of the six playoff teams in the National League.

Yes, that’s the synopsis of this Giants season: a groan.

The frustration around this team is omnipresent in the fanbase. We now even have the television broadcast crew complaining.

This makes for an exceptionally annoying watch on a day-to-day basis.

But baseball is a macro sport and those are micro problems. There’s something larger at foot, making this frustration around the team seem so deep.

I think it’s because Giants fans are smart and, deep down, they know that the organization is getting exactly what it paid for this season.

Don’t let the marketing around front-office quants fool you, there’s still only one numbers game in baseball: Dollars equal wins.