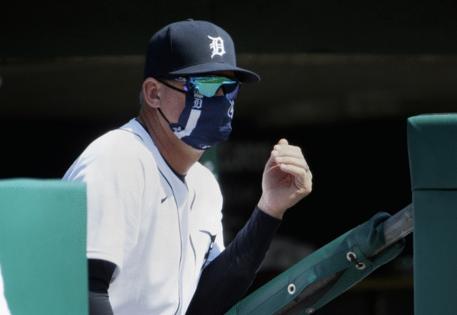 PHOENIX — Kody Clemens was 4-for-34 when he stepped to the plate in the sixth inning of a 3-3 game Saturday night. There were two runners on and he was facing Arizona Diamondbacks lefty Joe Mantiply.

Clemens launched a 1-2 curveball into the seats in right field, his first major league home run, breaking the tie and sending the Tigers to a 6-3 win over Arizona, their second straight at Chase Field.

It was a good night for the kids.

Rookie Riley Greene made a sensational catch in the sixth inning, taking an extra-base hit from Buddy Kennedy. The ball was smoked into the gap in right-center, leaving Kennedy’s bat at 99.8 mph. It traveled 349 feet and had an expected batting average, according to Statcast, of .470.

Greene tracked it into the gap and caught it on a full-layout, superman dive.

Later, in the seventh, Greene took a hit away from Josh Rojas with a sliding catch in short left-center.

Another rookie, Alex Faedo, made his 10th start of the season. How many had him making any big-league starts this year before say, August or September?

Put your hand down, you’re lying.