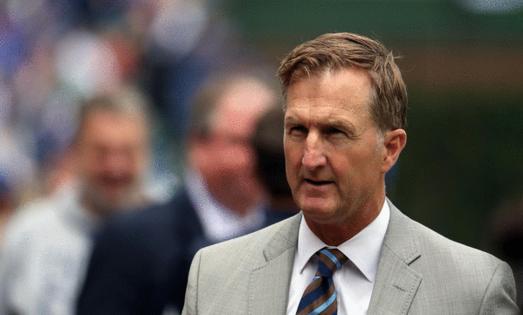 “I guess we’ll be the face of the franchise — me, him and a couple other young guys in here,” shortstop Starlin Castro said after Rizzo’s arrival. “Let’s see what we can do.”

You know the rest of the story.

Rizzo became a Wrigley Field legend, signed a team-friendly deal, helped the Cubs win their first World Series since 1908, asked for big money when his contract came up and was dealt to the New York Yankees in the last great summer sell-off.

While Rizzo thrives on the best team in baseball, Cubs president of baseball operations Jed Hoyer has embarked on another rebuild (or semi-rebuild), trying to figure out which young star can become the next face of the franchise and which players are expendable.

Saturday’s game against the St. Louis Cardinals on a sweltering afternoon at Busch Stadium failed to provide any clues.

Willson Contreras, the Cubs’ best and most popular player, is expected to follow Rizzo out of town after asking to be compensated as one of the game’s top catchers. Christopher Morel could be the Rizzo of the current rebuild but might be too raw to have great expectations thrust on his shoulders. Ian Happ is a Rizzo protege and emerging as a fixture in left field. But like Contreras, Happ might be too valuable to keep in an organization that needs to stock prospects.

Meanwhile, Cubs president of business operations Crane Kenney goes about the business of making money for the Ricketts family, repeating the familiar refrain that all the money brought in goes right back into Hoyer’s budget. On Friday, when Dead & Company played the first of two concerts at Wrigley and DraftKings held a ceremony to sign a steel beam in the three-story sportsbook scheduled to open at the ballpark in 2023, Kenney told The Athletic the money will all go to the betterment of the team.

“So concerts, activities like (the sportsbook), are just additive to the budget, which, as I say, all of the budget in this building, everything that’s generated inside goes to the baseball operations team after we pay our fixed expenses,” Kenney said. “Jed decides when and how much of it to spend. And Jed was clear last week that he did not spend all of his budget this year. So it’s his choice what he does with those revenues, but this is all helpful to that process.”

The narrative of the Cubs saving money for a rainy day down road is a familiar one. Chairman Tom Ricketts declared in November 2018 that many teams “would rather have dry powder a year from now.” He later signed off on a six-year, $126 million deal for pitcher Yu Darvish, then had Hoyer unload him after three seasons to start another rebuild.

If Anibal Sanchez thought he could sneak a middle-middle sinker past Manny Machado, he was ...Read More

ATLANTA — There are times when you watch Jacob deGrom and think he may never give up a run again.

Watching him give up three runs — two in the same inning, no less — can feel like witnessing an unnatural earthly ...Read More

NEW YORK — The age-old saying in baseball is that momentum lasts only as long as the next day’s starting pitcher. Unfortunately for the Yankees, less than 24 hours after a dramatic, extra-inning walk-off grand slam, ...Read More

Though they did already win the series, the Red Sox failed to complete a sweep and notch another much-needed win against one ...Read More