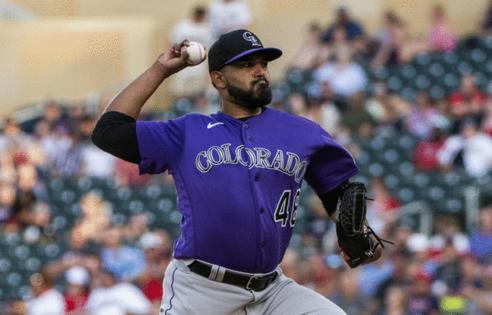 MINNEAPOLIS — Carlos Correa was positioned perfectly. The statistics showed that Charlie Blackmon tended to pull the ball to the right side, and when the Rockies' designated hitter swung over the top of a sixth-inning fastball from Dylan Bundy, his ground ball hopped directly to the Twins' shortstop, stationed about 15 feet on the right-field side of second base.

And that's how the Twins lost to the Rockies.

Correa rushed to tag second base and force out Yonathan Daza, but his throw to first base was too late to double up Blackmon and end the inning. Blackmon's hustle allowed Conner Joe to score Colorado's one and only run. Which, for the 10th time this season, was enough to beat the oddly slump-prone Twins, 1-0, at Target Field.

Two days after Minnesota's offense erupted for 10 runs in seven innings, the Twins are on a stretch of offensive impotence yet again, this time producing one run over their last 19 innings. They mustered five hits in Thursday's 1-0 win over Cleveland, but managed only three against Colorado right-hander German Marquez and closer Daniel Bard.

All of which wasted Bundy's second consecutive quality start, three shutout innings by Tyler Duffey and Tyler Thornburg, three double plays that were converted by the Twins' infield, and a diving, run-saving catch by Max Kepler.

Bundy, facing the Rockies for only the second time in his career, matched Marquez for five innings, facing three batters in four of them. He was touched for back-to-back singles in the sixth inning, setting up Blackmon's RBI forecourt, and was pulled after throwing just 60 pitches, likely in part because of the season-high 107 he threw last Saturday in beating Arizona.

But that lone run was enough to beat the Twins, who doggedly keep up their one-shutout-per-week average despite ranking fourth in the AL in scoring.

Marquez, who came into the game with a 6.16 ERA but peeled half a run off of it, forced the Twins to hit ball after ball into the ground, recording 14 of his 23 outs on the ground.

The Twins' biggest threat — indeed, the only time a Twins player managed to reach third base — came in the eighth inning, when Ryan Jeffers led off the inning by coaxing Marquez's fifth walk. Byron Buxton, pinch-hitting for Gilberto Celestino, drew a noisy ovation in his first appearance since Tuesday, but also a quick four-pitch strikeout, missing a curveball in the dirt for the third strike.

Bard then pitched a routine ninth inning to record his 15th save and send the Twins to their fourth loss in five games.