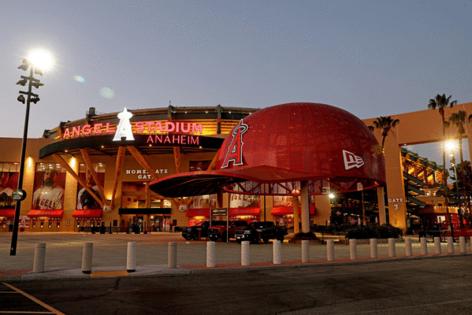 ANAHEIM, Calif. — On Wednesday morning, within 12 hours of the Anaheim City Council killing the Angel Stadium sale, the city of Long Beach renewed its pitch to lure the Angels. On Wednesday afternoon, the city of Anaheim formally asked the Angels to agree to void the deal and preserve all documents related to it, in anticipation of a possible lawsuit.

On the field, Mike Trout and Co. have powered the Angels to their best start since 2004. For a team that last won a postseason game in 2009, these should be unreservedly good times.

Alas, as the Angels’ long-term future turns into a giant question mark, some questions and answers:

Are the Angels moving to Long Beach?

In 2019, the Angels flirted with Long Beach, before negotiating the stadium sale intended to anchor them in Anaheim. On Wednesday, Long Beach flirted back, since the waterfront parking lot that would have been used for a ballpark there remains undeveloped and available.

Would the team be called the Long Beach Angels?

In the 1960s, founding owner Gene Autry wanted to move his Los Angeles Angels out of Dodger Stadium and into Long Beach. At the time, the city said the team would have to be called the Long Beach Angels. Autry instead moved in 1966 to Anaheim, where city leaders blessed the name California Angels.

The team has not moved since then, even as the team name has changed from California Angels to Anaheim Angels and back to Los Angeles Angels. Arte Moreno, the current owner, spent millions in court for the right to slap a Los Angeles label on his team, and he would likely retain it wherever the team might play in Southern California.

Long Beach is in Los Angeles County. Could the Dodgers block the move?

No. Under Major League Baseball rules, the Dodgers and Angels share the same home territory, which includes Los Angeles and Orange counties.