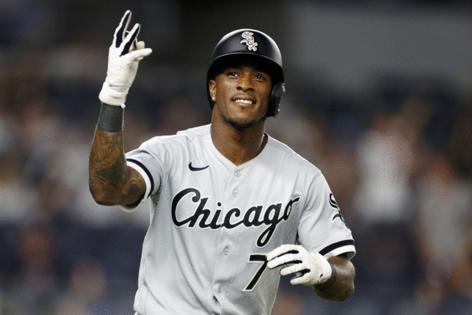 NEW YORK — On an uncomfortably hot and sticky day for the Yankees’ and White Sox’s Sunday doubleheader in the Bronx, the home team played two fittingly lethargic games. The Yankees dropped both of them, losing back-to-back games for the first time since April 10 and 11, their third and fourth games of the year.

The second game of the doubleheader saw Tim Anderson get revenge on a fan base that had puzzlingly booed him all game. On Saturday, Anderson was mockingly called “Jackie” by Yankees’ third baseman Josh Donaldson. On Sunday, he hit an opposite field home run to bring the White Sox a 5-0 victory.

Anderson’s three-run silencer left no doubt that the Yankees would go to bed winless, and many of their fans would hit their pillows with a palpable rage over their number one enemy of the day having the nerve to play well amid their hatred.

Aaron Judge stepped to the plate in the eighth inning of game one and with one wave of his mighty bat, briefly gave the Yankees some hope. Judge’s solo home run tied the game, incited M-V-P chants at Yankee Stadium, and helped his team get off the mat, but AJ Pollock matched him with a solo shot of his own in the next inning. Pollock’s jack gave the White Sox a late lead that blossomed into a 3-1 Chicago win and, with the game-clinching shot coming off Aroldis Chapman, invited more questions about who the Yankees’ closer should be moving forward.

In addition to giving up a poorly timed home run, Chapman also threw a pitch to the backstop, had to be visited by the training staff after throwing a pitch, and failed to get a single swing and miss on his once untouchable fastball. When he left the game after Adam Engel put an RBI insurance run double into the left field corner, Chapman was serenaded by boos on his way to the dugout, where Judge was waiting for him at the top step with an encouraging pat on the butt.

“He’s not been as fine with his command,” Boone said of the struggling southpaw. “He’s just not quite as sharp as we’ve seen him. He was getting some treatment on his Achilles. When he was moving around, he wasn’t moving around great. But he wanted the ball. Today, to me he didn’t look great on his legs, so I think that was probably an issue today.”

The Yankees started their double dip by getting blanked by Johnny Cueto, a wonderful pitcher who’s also years removed from his prime. Cueto twisted and turned his way through six innings, five strikeouts and roughly one million different wind ups. The Yankees mustered six hits against him — all of which were singles — and got zero runs.

The final two of those singles did knock Cueto out of the game with no outs in the seventh inning. Trailing by one run at the time, the Yankees were very much still in the game. Cueto’s replacement, the fiery Joe Kelly, shut that down fairly quickly.

Kelly struck out his first hitter, Marwin Gonzalez, on four pitches. During the next at-bat, he picked Aaron Hicks off of second base. Hicks tried to make a break for third while Kelly wasn’t looking, likely anticipating that the reliever would start his delivery during the mad dash. Instead, Kelly simply stepped off the mound, realized that Hicks was in no man’s land, and tossed the ball to second base for an easy out. Hicks was the second Yankee to get picked off, joining Isiah Kiner-Falefa, who Cueto picked off of first in the second inning.

“Almost had him timed up,” Boone lamented after the game.