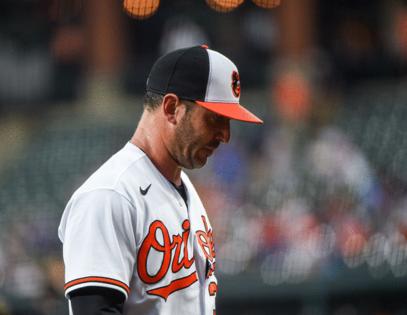 PITTSBURGH — Sentencing for former Los Angeles Angels communications director Eric Kay is set for June 28, right about the moment the 60-day suspension Major League Baseball imposed on pitcher Matt Harvey this week is set to expire, and that's just one of a thousand or more perverse coincidences in one of the saddest baseball stories in recent memory.

Kay is looking at 20 years to life for his starring role in the fentanyl-fueled demise of Angels pitcher Tyler Skaggs, who turned up dead in a Texas hotel room three years ago this summer. Harvey might have had a role, too, but his testimony under immunity at Kay's trial seemed designed to cast him as a mere extra.

You'll probably remember Harvey from his days with the New York Mets, for whom he was decidedly not a mere extra. For a franchise with a living legacy of great pitchers, he set a club record with 11 strikeouts in his debut performance. He was New York's first draft pick in 2010, six slots after Bryce Harper, 16 before Christian Yelich, both future MVPs. By 2015, he'd folded himself most comfortably into the city's celebrity culture, a life of models and Maseratis. He reveled in his cool-as-hell media moniker, the Dark Knight of Gotham. Though it would all but vaporize in the summers to come from a toxic cocktail of cocaine, opioids, injuries, and incompetence, Harvey surely had his moment.

It wasn't the same for Skaggs, despite some haunting similarities to the guy who'd be his Angels teammate in his last months on Earth. Skaggs and Harvey were both first-round picks, both almost precisely the same size at 6-4, 220ish. Today, if you look up their career stats, Skaggs' winning percentage was .424, Harvey's .431, Skaggs' earned run average was 4.41, Harvey's 4.42.

But Skaggs earned about a fourth of Harvey's estimated $30 million. Unlike Harvey, he never had his moment, at least not the one he'd planned. No one plans to choke on their own vomit from an overdose of oxycodone, fentanyl and alcohol on a dark night in Texas.

At the Kay trial that wrapped up in February, it came out that Harvey had given Skaggs oxy, that Skaggs had given Harvey oxy, and that Kay, whose drug habits had at one point landed him in rehab, had given oxy to both, and to at least four other Angels — C.J. Cron, Cam Bedrosian, Mike Morin, Blake Parker — all of whom testified with immunity.

Harvey's testimony was different in that he admitted to giving Skaggs "three or four" pills for the road trip to Texas (the injured Harvey stayed in California) but couldn't remember whether they were Oxycodone or Percocet. Kay's defense attorney claimed Harvey provided one of the pills Skaggs crushed and snorted the night of his death, outlining an exchange reported by Sports Illustrated.

Two of the pills were blue and one pink, said attorney Reagan Wynn. She said Kay asked Skaggs what the crushed pink substance was, to which Skaggs responded, "those are Percocets I got from Harvey." Investigators found no Percocet in Skaggs system. The Harvey pill was Oxycodone.

No one much thinks of professional ballplayers as especially likely to get caught in America's devastating opioid crisis, but there you have it. Skaggs was one of 49,860 opioid deaths in 2019 according to the CDC. There were 75,673 more in the 12-month period ending last April. For this the Sackler family, owners of Purdue Pharma, agreed to pay $6 billion in March for developing and encouraging the over-prescription of Oxycontin, an active ingredient in Oxycodone. That figure, $6 billion, comes with no admission of guilt, no jail time of course, and for the Sacklers is roughly the equivalent of Harvey's 60-game suspension.

Harvey can still make a living, thanks to a Baltimore Orioles organization that apparently didn't lose 110 games last year for nothin'. Harvey went 6-14 for those 2021 Birds, then became a free agent. After the Kay trial, Baltimore signed him to a minor league contract in the full knowledge that he faced a lengthy suspension.

"Obviously, he's in the situation he's in right now because of off-the-field things," Orioles general manager Mike Elias told the Baltimore Sun. "But getting to know him last year, understanding his approach to what's gone on, our point of view is that this was something that shouldn't prevent him from having another chance with this organization, especially with the way he conducted himself last year."

At trial, Harvey said that when he heard Skaggs was dead, he took a blue oxy pill Kay had left in his locker and threw it in the trash because he no longer wanted any part of that.

He might hope that was the best pitch of his career.