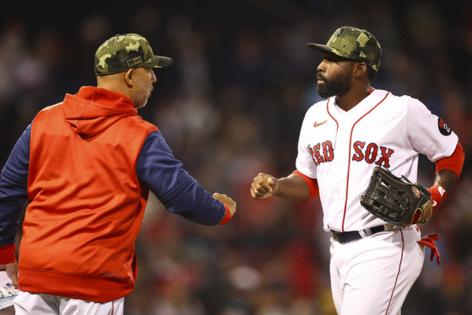 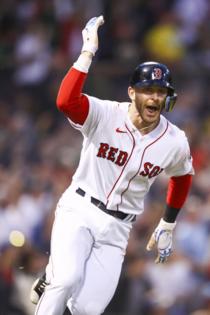 BOSTON — The Red Sox have emerged from their early-season slide and are starting to pile up series wins.

Now the Sox have taken the first two of a four-game series with the Seattle Mariners with Friday night’s 7-3 victory before a packed house of 30,842 at Fenway Park.

They can make it three straight series wins with one victory in the next two games against the Mariners. The Red Sox have Garrett Whitlock on the mound on Saturday and Nathan Eovaldi on Sunday looking to complete a sweep.

The Sox rotation got a boost with the return of Michael Wacha, who had been on the injured list since May 8 with left intercostal irritation.

The signature play of the game was a grand slam by red hot second baseman Trevor Story in the bottom of the third. Jackie Bradley Jr. clinched the game with a three-run opposite field homer in the eighth.

Story gave an encore performance to his career night in the Sox’ 12-6 win on Thursday in the series opener.

Story went 4 for 5 with a career high five runs, three home runs, seven RBIs and a stolen base, to become just the second Red Sox player to post those numbers in a game. He complemented that effort by swatting a grand slam to give the Red Sox a 4-0 in the bottom of the third Friday.