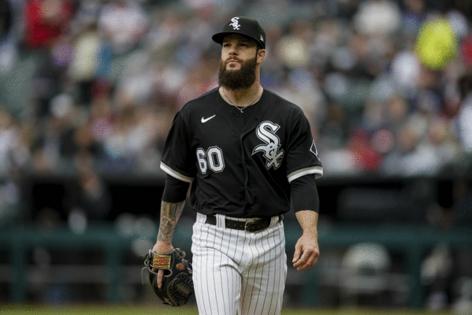 NEW YORK — The Chicago White Sox pitchers took a lot away from their first series against the New York Yankees last week at Guaranteed Rate Field.

The Yankees won three of the four games, but the pitching made strides as the series went along. The Sox allowed 25 runs in the first two games and seven the last two.

“(We learned) the importance of getting ahead and staying on the attack instead of falling behind in hitters’ counts, relying on making a really, really good pitch,” starter Dallas Keuchel said earlier this week in Kansas City, Mo. “As easy as it sounds, it’s tough sometimes.

“That’s really the main point. Moving forward, we want to do a better job. (Pitching coach) Ethan (Katz) has really preached that, so that’s a testament to what he’s been saying. If we can get that on track, I think we’re going to be really, really good.”

Keuchel was slated to start Friday against the Yankees at Yankee Stadium, but the game was postponed because of impending inclement weather.

It will be made up as part of a doubleheader Sunday, with the first game starting at 2:05 p.m. Central time.

The postponement gives the Sox some relief after playing five games in four days in Kansas City.

“This is better for everybody,” Sox manager Tony La Russa said. “It’s a good day for our bullpen. It gives (Kendall Graveman) a day and (Liam) Hendriks. We could have played, but this time of the year we’ll take it.”

Keuchel will be on the mound for Saturday’s game, which begins at 12:05 p.m.

Johnny Cueto will pitch Game 1 of Sunday’s doubleheader and Michael Kopech in Game 2. The Sox on Friday returned Kopech from the paternity list and optioned reliever Ryan Burr to Triple-A Charlotte.