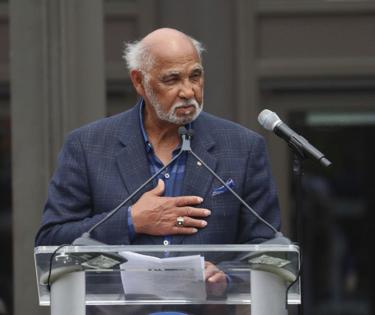 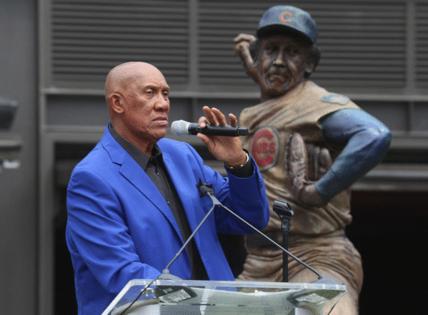 CHICAGO — When Fergie Jenkins attended the statue dedication ceremonies for his former Chicago Cubs teammates at Wrigley Field, the thought had to cross his mind.

Will the Cubs one day honor me?

It took longer than necessary, but that day finally arrived Friday at Gallagher Way.

The sculpture of Jenkins in his windup brought back memories of his duels with Bob Gibson at Wrigley Field during an era when starters took the ball and wouldn’t give it up until it was pried from their hands. Standing in front of his statue after the ceremony Friday afternoon, Jenkins turned around to take a long look, then smiled at the familiar pose.

“It’s me,” he said. “It looks like me. I think that was (from) an afternoon ballgame, a (TV) ‘Game of the Week.’ They used it on a Sports Illustrated cover. That was the pose because they wanted to show the Cubs logo on the chest and the cap.”

When you think of Jenkins in a Cubs uniform, you think about the 284 career wins, the 3,192 strikeouts, the 267 complete games, and, of course, that fateful 1969 season. He waited a long time to join Ernie Banks, Billy Williams and Ron Santo as statue-worthy Cubs, but it was worth the wait.

“Fergie deserved this a long time ago,” Williams said. “But better late than never.”

Jenkins never grumbled over the wait, even as he admitted Friday he “had the numbers” to merit the honor.

“But the organization has to do it,” Jenkins said. “Just like retiring my number (31). They waited for (Greg) Maddux to retire, and we retired (the number) together (in 2009).

“I was here for Ernie’s (ceremony). I was here for Billy’s and Ronnie’s. Believe me, it was an honor to see them being humble, because the fact was they were Chicago Cubs players. To me, my career was in Chicago. My second home was playing right here in Wrigley Field.”