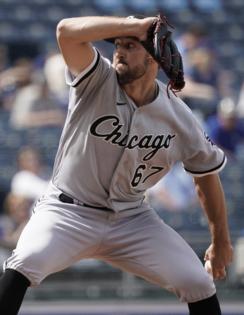 KANSAS CITY, Mo. — The Kansas City Royals’ offense burst out of the gate with four of the game’s first five runs, but they didn’t score in the final six innings of a 7-4 loss to the Chicago White Sox in the finale of their five-game series in front of an announced 11,784 at Kauffman Stadium on Thursday afternoon.

The White Sox clinched the series win. The Royals had won the previous two games of the set.

Hunter Dozier went 3 for 4 with 3 RBIs and crushed his fourth home run of the season. Nicky Lopez doubled and drove in a run. Bobby Witt Jr. and Andrew Benintendi also had doubles.

The Royals (14-23) got the tying run to the plate in the ninth inning, but White Sox closer Liam Hendriks (who appeared in six games for the Royals in 2014) kept them off the board to earn his 12th save of the season.

The Royals held a 4-3 lead when Hernández exited the game. Reliever Ronald Bolaños worked out of a two-on, no-out situation to keep that lead in place after taking over for Hernández. However, Bolaños gave up the tying run in the sixth inning, and the White Sox added another in the seventh and two in the eighth.