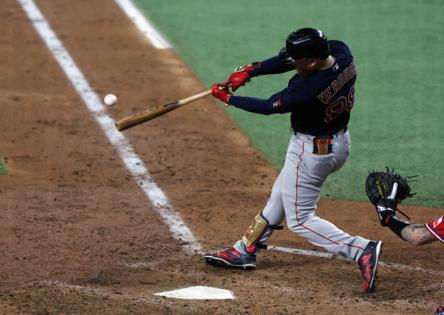 A day off did the Red Sox good.

All the way around, this was the kind of game the Sox have been looking for, the game they so desperately needed.

Nick Pivetta threw a seven-inning gem, the defense made some nice plays and the offense showed a much-improved approach at the plate as the Red Sox steamrolled the Rangers with a 7-1 win at Globe Life Field.

1. Where has this lineup been all year?

There were quality at-bats up and down the lineup on Friday night. The over-aggressive, free-swinging Red Sox we’ve seen all year took a back seat to a team that was content with just making some contact.

There were broken-bat singles and mishit doubles as the Sox finally seemed to make significant adjustments as a team, and it showed.

Rafael Devers poked a fastball through the left side to beat the shift with an RBI single in the third inning, then the Sox plated four runs in the sixth.

Sure, they had some hard-hit balls in there. Alex Verdugo smoked one off the wall for an RBI double. But they also had some simple pieces of hitting to manufacture some runs.

Trevor Story had to reach down out of the zone to lift a breaking ball into the outfield for a sacrifice fly. Franchy Cordero showed some quick hands on an inside fastball and mishit it, but got enough contact to pull it down the line to score another run. And Christian Vazquez nearly fell down while bending over to put a little wood on it and dunk it into right field for another RBI single.