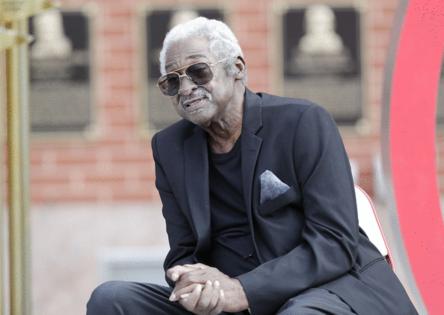 There were exactly 90 names and addresses on the email chain that Mark "Frog" Carfagno started at 6:51 p.m. Thursday, the latest missive in a campaign that, over the last 15 years, has come to consume the man. There were sportswriters and media members current and former, and there was a pitcher who won more than 280 games in the major leagues before retiring, and there was an 86-year-old baseball scout who hasn't retired yet, and there was even a movie producer. Carfagno had swept all of them up in the wave of his obsession — his mission to get his friend and former Phillies slugger Dick Allen inducted into the Baseball Hall of Fame — and here was one more chance, before the Hall's Golden Days Era Committee voted Sunday night, to send out his rallying cry for the sake of good luck.

The subject line was We've done all we can do.

"As you know, for the hundreds of emails I've sent over the years I signed off with the words 'KEEP SWINGIN'," Carfagno wrote. "Well, let's hope all of those swings hit the ball over the rooftop just like a Dick Allen home run."

Three days later, just about to the minute, the ball died at the warning track. Allen needed 12 yes votes from the committee's 16 members. He received 11. For the second time, he finished one vote shy of the Hall. In anticipation of a joyous outcome, Carfagno had joined several members of Allen's family and several Allen supporters in flying to Orlando, Fla., where the committee met. The vote left them, all of them, crushed.

That the committee made an egregious mistake by failing to vote in Allen should be obvious to anyone familiar with the standards that have been and ought to be used to judge someone worthy of Hall immortality. He deserved it in 2014, the last time he was eligible for induction, and he deserved it Sunday. The Hall is a lesser institution, and a less legitimate one, for his absence from it.

But this was always more than a story about just Allen, about his receiving the validation that he had earned over his 15 years in the majors with his 351 home runs. With his 1964 National League Rookie of the Year Award with the Phillies and his 1972 American League MVP Award with the White Sox and his seven All-Star appearances. With the stretch from 1964 to 1974, when he was as good or better than any hitter in baseball, including the 17 Hall of Famers who played during that same period.

This was also a story about his friendship with Carfagno, who had grown up in South Philadelphia and whose father, a string-band leader, died of pneumonia in January 1964, when Frog was just 10. Who rooted like hell for Allen and the Phillies during that infamous '64 season, when the team squandered a 6 1/2 -game lead atop the National League with 12 games to go. Who as a groundskeeper at Veterans Stadium met Allen in 1975 and found in him a friend and mentor and object of idolatry all rolled into one. A little Italian kid and a Black man who could hit a baseball a mile became inseparable.

LOS ANGELES — Neither his name nor his greatest accomplishment are hidden. On the official website of Major League Baseball, he is immortalized as owner of the sport’s most cherished record, atop the all-time home run ...Read More

LOS ANGELES — David Ortiz, primarily a designated hitter who helped the Boston Red Sox win three World Series after an 86-year drought, was the only player elected into the Baseball Hall of Fame on Tuesday.

It was probably on the first day of his first spring training, Chase Utley said, that he first met Jimmy Rollins. Or maybe it was the summer before when Utley stopped by Veterans Stadium after being drafted in 2000 by the ...Read More

One is a juggernaut on a heat-seeking missile’s path for more (of everything), and it is powered by an audience that cannot get enough. The rocket may crash one day, but it's not going to be tomorrow, so full speed ahead...Read More