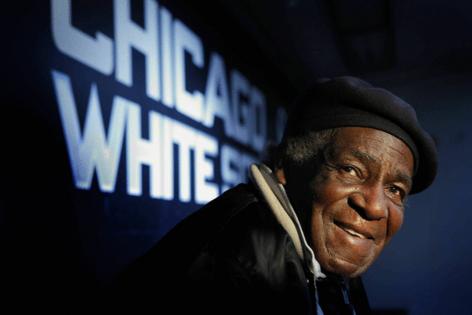 Someone from the Baseball Hall of Fame was on the other end, and that person shared the news that Minnie Miñoso had been voted in by the Golden Days Era committee.

“It was bittersweet and exciting at the same time,” Rice-Miñoso said.

Sharon Rice-Miñoso and Charlie Rice-Miñoso, the wife and son of the late Chicago White Sox great, discussed Minnie Miñoso’s election to the Hall of Fame during a Monday morning conference call.

“We were together, it was just my mom, myself and my boyfriend, and when the call came through, I was in tears before the sentence was really uttered, just sort of recognizing what that call meant,” Charlie said. “I just felt very proud of what he had done, I felt proud of my father. And also I felt proud of his contributions and the sacrifices our family made.

“After we received the call, I was able to speak to my brother and my sisters and told them what this meant. In a way, this is an honor of the sacrifices that they made as well, in terms of needing to share our father with the world, whether he was playing in Cuba, in Mexico, here in the U.S. There were times when they were far away from him in a foreign country.

“I felt like it was an honoring of our family in that way, but then also what it means for a pioneer who represents the Black community, the Afro-Latino community, the Latin community in the way that he did. At the end of the day, he still was just Dad, but it was extremely overwhelming and I am just so immensely grateful and I know our entire family feels the same way.”

Miñoso, who died in 2015, became the first Black player for the White Sox in 1951, and he quickly emerged as one of the game’s first Afro-Latino stars.

He was a nine-time All-Star and won three Gold Glove Awards as an outfielder during 17 seasons with the Cleveland Indians, White Sox, St. Louis Cardinals and Washington Senators. He also made All-Star rosters in 1947 and ‘48 with the New York Cubans in the Negro Leagues.

He gained election to the Hall of Fame by receiving 14 votes from the 16-member committee, surpassing the 75% threshold.

“I think he would have been surprised and honored,” Sharon Rice-Miñoso said. “Minnie was very humble when it came to something like this. Honestly, I know Minnie would have cried. He was a sentimental guy and very humble and never felt he deserved special recognitions. As Charlie and I did, it was tears of joy.”

Miñoso was one of four players elected by the Golden Days Era committee, joining Jim Kaat — who also spent time with the Sox — Gil Hodges and Tony Oliva. Buck O’Neil, who among his many accomplishments was the first Black coach in American League or National League history with the Chicago Cubs, was elected by the Early Baseball Era committee along with Bud Fowler.

“He was a humble guy from a ranch in Cuba and he went on to accomplish some amazing things,” Charlie Rice-Miñoso said of his father.

Sharon and Charlie Rice-Miñoso said they appreciated all of the support along the way and the many messages they received after Sunday’s news.

“It does bring back my emotions that I miss him so much,” Sharon said. “Especially today, wishing he was here to get this honor.”

Charlie added: “We are still getting the messages of support and love, and I think what I’m appreciating most out of this is similar to when Dad passed. We continue to hear stories of him and stories of moments that people had with Dad that they shared with him and they are now sharing with us.

“It’s definitely bittersweet, but it’s a comfort to hear how Dad impacted individuals from friends of the family ... to community leaders. It means a lot Dad still has that type of impact.”