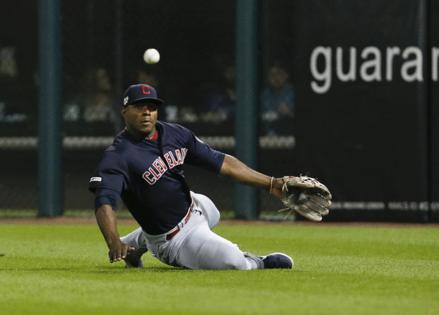 The former Dodger All-Star called on MLB and leaders of the Players Association to include Latino players in their discussions during the lockout. The reason? To better understand and address the “unique needs of Latino players.”

“We do not understand what is expected of us as public figures,” Puig wrote on Saturday with the help of his agent, Lisette Carnet who translated his statement. “Latino Players need to not just learn English, but we need to better understand American values and social norms, so that we can make better choices for our careers and lives.

“As a Cuban immigrant I came to play on the biggest stage without the proper guidance in place to help me fully assimilate, so I had to learn many lessons the hard way,” he continued. Puig defected from Cuba in 2012 and got his U.S. citizenship in 2019. “I do not want another player with a similar background to experience the same hardships I went through. I hope the negotiations consider this gap. ... I want to help other Latino players stepping into these roles, so I am asking the MLB and the Union to ask questions of players like myself, we have so much to say.”

Puig hasn’t played in MLB since 2019, when he split the season between Cleveland and Cincinnati. In the seven seasons — six in Los Angeles — the outfielder spent in the big leagues, he hit .277/.348/.475 with an .823 OPS. and established himself as a player unmatched in skill and power from the get go. In his rookie season, he finished second and 15th in Rookie of the Year and MVP voting, respectively. That trend carried to his 2014 season, when he was named an All-Star and was again in MVP conversations. The Dodgers traded him to the Reds following the 2018 season, who dealt him mid-season to Cleveland in 2019.

He was granted free agency following that season and had an informal agreement to play in Atlanta during the pandemic-shortened 2020 season. He then tested positive for COVID-19 in July of 2020 and his deal with the Braves fell apart after the two sides were unable to reach a formal agreement.

Along the way of his career he developed a rap for being the focus of more than a few confrontations and benches-clearing brawls with opposing teams — which followed him to his 2021 season with Mexican League team El Aguila de Veracruz. And his off the field incidents further tainted his name.

“I came from a country where news was censored, to one that accepts anything written on paper as if it was the complete truth,” he said. “Almost as soon as I got here, the media pushed certain narratives about me because it sold more newspapers. They didn’t understand my deficits here because of my lack of assimilation. They didn’t understand my culture or how my background played an important role, and I also didn’t know how to help them understand.

“My color, my size and my poor communication skills made me easy to pick on,” he continued. “The worst story was always easiest and juiciest to believe. Every bat flip, every situation on and off the field was judged with a tainted viewpoint, and this made me an even bigger target for people who knew the system better than me. Baseball, culture and people are so different back in our countries.

Puig has partly remained without a job in MLB after sexual assault allegations surfaced from a 2018 incident in a Staples Center bathroom, according to an ESPN report. The woman, who has remained anonymous, alleged Puig followed her into a bathroom after a Lakers game and “pinned her with one arm” to prevent her from leaving, tried to take her clothes off, groped her and masturbated in front of her. She filed a lawsuit against him in October of 2020. League investigators interviewed the woman in the spring of 2021, but did not take further action in her desire to remain anonymous and wanted to wait for her lawsuit to progress. Puig denied the allegations and claimed the encounter was consensual. He paid $250,000 as part of his settlement with the woman, his attorney told TMZ Sports on Oct. 29.

Puig hinted at his indiscretions in his statement Saturday.

“There are things I cannot change about the past, but I am determined to continue to become a better person every day,” he wrote. “Whatever happens, I know my story will always be mine to keep telling,” he continued. “I hope baseball comes back soon, and I hope I am allowed to return to the big stage, now that I have figured that out.”