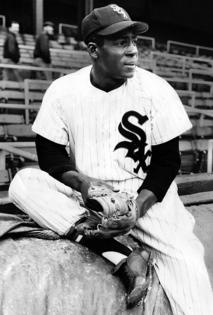 Miñoso, a former White Sox great, was one of four players elected through the Golden Days Era committee, joining Kaat — who also spent time with the Sox — Gil Hodges and Tony Oliva.

O’Neil, one of the game’s greatest ambassadors who was the first Black coach in American League or National League history with the Cubs, was elected through the Early Baseball Era committee along with Bud Fowler.

Dick Allen, a former AL MVP with the White Sox, fell short by one vote of election by the Golden Days Era committee.

The new electees will be honored during Hall of Fame Weekend on July 22-25 in Cooperstown, N.Y.

Candidates had to receive at least 75% of the vote by the 16-member committees — or 12 votes — to gain election. Miñoso received 14 votes, Kaat, Hodges and Oliva got 12 each and Allen received 11.

Miñoso, who died in 2015, was the first Black player for the White Sox in 1951, and he quickly emerged as one of the game’s first Afro-Latino stars.

He was a nine-time All-Star and won three Gold Glove Awards as an outfielder during 17 seasons with the Cleveland Indians, White Sox, St. Louis Cardinals and Washington Senators. He also made All-Star rosters in 1947 and ‘48 with the New York Cubans in the Negro Leagues.

O’Neil was a three-time All-Star during 10 seasons with the Memphis Red Sox and Monarchs of the Negro American League, according to the most recent information available on baseball-reference.com. He became a scout for the Cubs in 1956, according to a May 30, 1962, Tribune story, and was hired to the team’s coaching staff in late May of ‘62.

Dick Allen played 3 seasons with the Chicago White Sox. Now 78, Allen recalls his time on the South Side fondly: ‘I’ve never been treated any better.’ »

Allen was the 1972 AL MVP with the Sox. He previously earned 1964 NL Rookie of the Year honors with the Philadelphia Phillies.

Bill Dahlen, John Donaldson, Vic Harris, Grant Johnson, Lefty O’Doul, Dick Redding, Allie Reynolds and George Scales were also on the Early Baseball Era ballot. Donaldson pitched in the Negro Leagues and pre-Negro Leagues for more than 30 years and was a White Sox scout from 1949-54. Redding played for the Chicago American Giants, among other teams.