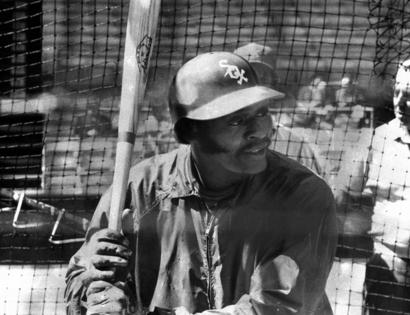 “It was ‘Double Duty’ Radcliffe and he said, ‘Hey hey hey’ and they were talking and laughing,” said Allen’s son, Richard Jr. “And he said, ‘You could have played with us.’ Months later, my father said to me, ‘That’s all I needed to hear. That was it for me. I’m good as far as the Hall of Fame.’ ”

Entering the Hall of Fame proved elusive for Allen, who died last December, and his son said the former Phillies slugger had come to terms with not having a bronze plaque in Cooperstown, N.Y. But that doesn’t mean his family and supporters are not holding out hope that Allen’s fortune will change Sunday.

He is one of 10 players to be considered by the Hall’s 16-member Golden Days Era Committee. Allen needs 12 votes to enter the Hall and fell one vote shy in 2014, when the committee last met.

Mike Schmidt, who said last year that Allen belongs in Cooperstown and would push his cause, will be in the room Sunday in Orlando, Fla., as one of the 16 voters, perhaps providing the push Allen needs.

“I just keep getting flashbacks to 2014,” said Allen’s son. “I don’t believe it will come down to one vote again. I think they’ll do something to prevent that because they took a lot of stuff from people for that one vote. That was a bad look. ... You never know. I feel a little more confident this time but not overly confident. There’s been a big push since 2014.”

Danny Murtaugh, who managed the Pirates to a pair of World Series crowns 11 years apart, is also on the ballot. Murtaugh died in 1977 and played nine seasons in the majors. He started his big league career with the Phillies in 1941. He was the manager for the Pirates in 1960 when they won the World Series with Bill Mazeroski’s home run over the Yankees and in 1971 when they won it all a month after playing the Phillies with baseball’s first lineup featuring all Black and Latino players.

“Those guys turned out to be the Lumber Company,” Allen told Time in 2007 of the lineup that included Roberto Clemente, Willie Stargell, Dave Cash, Al Oliver and Manny Sanguillen. “They put some wood on your (butt). They put more wood on your (butt) than Howdy Doody had. Won them a World Series that year, too, am I not correct?”

Allen, armed with a 42-ounce bat, was one of the premier hitters of his generation — his 165 OPS+ from 1964 to 1973 led the majors, better than such all-time greats as Hank Aaron, Harmon Killebrew, and Willie McCovey. Allen’s 155 WRC+, meaning his offensive production was 55% better than league average, ranks 18th all time and is just below that of Mel Ott and just above Willie Mays.

He was the rookie of the year in 1964 for the star-crossed Phillies, won the American League MVP in 1972 with the White Sox, and was a seven-time All-Star. But his Hall of Fame case fell flat in 1983 — his first year of eligibility — when just 3.7% of the writers voted for him. Allen was on the ballot for 14 years and never received close to the 75% needed for enshrinement.