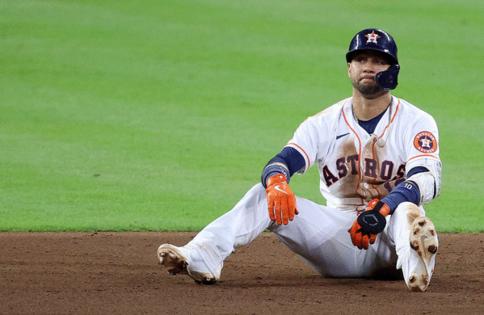 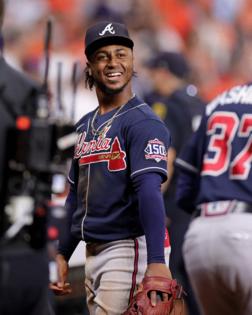 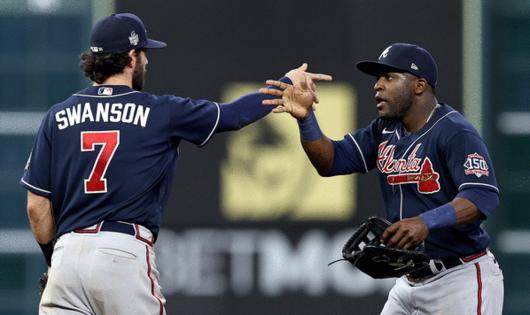 HOUSTON – That’s one: The Braves stunned the Astros 6-2 in Game 1 of the World Series on Tuesday. It was their first victory in a World Series game since Oct. 21, 1996. They need three more wins to claim their first championship since 1995.

But the day wasn’t all rosy. Starter Charlie Morton left in the third inning with a fractured right fibula sustained when he took a liner off his foot in the previous frame. Morton is out for the World Series, a brutal blow for a team that relied heavily on its veteran starter to reach this point. It’s another bout of adversity for these Braves, who once again will move forward without a key contributor.

The good of Tuesday: Slugger Jorge Soler, who missed part of the past series because of a positive COVID-19 test, opened the game with history. He became the first player to homer in the first plate appearance of the World Series, smacking the third pitch he saw – a sinker that didn’t sink from starter Framber Valdez – into the Crawford Boxes in left field.

The Braves continued showing their aggressive nature in the first frame. Second baseman Ozzie Albies reached on an infield single and stole second base (notably awarding America free tacos through Taco Bell’s annual “Steal a base, steal a taco” promotion).

Soler’s groundout scored the third run an inning later. Outfielder Eddie Rosario, coming off winning the National League Championship Series MVP, opened the third with a single. Outfielder Adam Duvall followed with a two-run blast to the Crawford boxes, putting the Braves up 5-0.

The Astros pulled Valdez after he recorded just six outs. Of the 12 balls the Braves put into play against the lefty, six left the bat at over 100 mph. Three others had an exit velocity in the mid-90s. The Braves’ punishing offense – the one that caught fire against the Dodgers’ excellent pitching – tormented Valdez and chased him after 52 pitches.

Each Braves starter had a hit, the third time in their history that’s happened in a World Series contest. Like a season ago, the Braves’ lineup benefited from the designated hitter (which was Soler). It allowed the Braves to use Soler, Duvall, Rosario and Joc Pederson in their lineup. The quartet of July acquisitions combined for five hits, including two homers, and four RBIs.

Back to the bad: Morton, staked to an early lead, was rolling. He allowed one hit over 2 1/3 innings, including escaping a bases-loaded jam in the first when his command temporarily eluded him. Morton took a 102-mph liner from Yuli Gurriel in the second inning.

He completed the inning and struck out Jose Altuve to open the third, but the 37-year-old then indicated the swelling had reached a point where he couldn’t continue. An X-ray revealed Morton’s postseason run was over. In a testament to his toughness, he recorded his last three outs – two strikeouts – on a broken leg.

A.J. Minter spared the Braves disaster by covering 2 2/3 innings. Minter, who twice covered two innings during his NLCS appearances, allowed one run on three hits, struck out three and didn’t issue a walk. The lefty prevented the Braves from burning through their bullpen early.

Over his past three outings, Minter has pitched 6-2/3 innings, allowing one run on four hits. He’s struck out eight without issuing a walk. Minter went from a player demoted to Triple-A Gwinnett in the summer to one mowing down the Dodgers and Astros in October.

Luke Jackson bounced back from his disappointing NLCS, recording five pivotal outs and showcasing his trademark slider in doing so (the Astros whiffed on three of seven swings against the pitch). Tyler Matzek followed Jackson, recording the next four outs. Rosario made an excellent throw fielding a ball off the wall to nab Gurriel on a would-be double that ended the eighth inning. Will Smith pitched a scoreless ninth.

While Morton’s injury dampers the mood, the Braves already have ensured at least a split in Houston. Regardless of Game 2′s result, they now have the opportunity to close out the World Series at Truist Park next week.