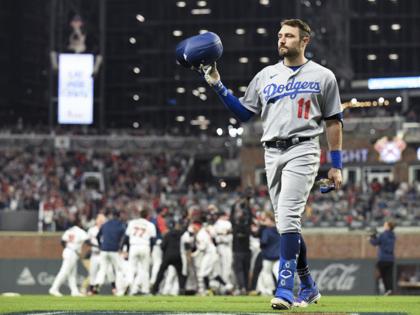 After winning a franchise-tying record 106 games in the regular season, after capturing a thrilling wild-card playoff game against the St. Louis Cardinals, after surviving a monumental series against the ancient rival San Francisco Giants, the Dodgers finally met a mountain too high on a rowdy Saturday night in the South.

The scrappy Atlanta Braves stepped on an exhausted Dodgers pitcher, shut down a depleted Dodgers offense, and breathlessly battled to a 4-2 win to clinch a four-games-to-two victory in the National League Championship Series at Truist Park.

The final play was a scorching AJ Pollock grounder that was niftily picked by spidery shortstop Dansby Swanson and perfectly thrown to first baseman Freddie Freeman, who threw his hands into the air as seemingly all of Georgia roared and danced around him.