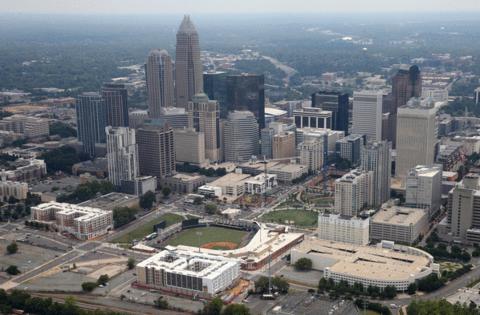 “Something that has been really great to see is the way that players have been talking about how they are making it better for the next generation of guys,” said Harry Marino, executive director of Advocates for Minor Leaguers. “It’s really great that this is going to be better for the next guy, and I think that mentality of looking out for each other and standing in solidarity with each other is really impressive and is a really gratifying.”

Advocates for Minor Leaguers spent much of the 2021 season, its first in existence, loudly talking about the issue of player housing. With the support of the group, several players publicly stepped forward to decry the conditions required on the path to reaching the majors. While receiving a low salary provided only during the season, players in many organizations had been required to find and pay for their own housing, sometimes in multiple cities as they move from one minor league affiliate to another. With MLB owners unanimously voting to provide players with housing at home starting next season, as first reported by ESPN, players have had one of the biggest stressors, mentally and financially, removed from their road to the majors.

“They’ve been really gratified by the news and they’ve been talking about what an enormous impact this will have on their day-to-day life next season,” Marino said. “The players who stepped up and had courage and spoke out about their living conditions feel vindicated, feel that it was worth it to do that, and are really happy to see progress being made.”

The decision was met positively throughout the sport.

“What a huge step in the right direction for the physical and mental well being of minor league players and their families,” Orioles left-hander Zac Lowther tweeted.

Former major league pitcher Tom Koehler tweeted a picture of what he said was his first apartment as a minor leaguer, featuring several players and their possessions scattered on a hardwood floor.

“This is life and career changing for most young players,” Kansas City Royals second baseman Whit Merrifield tweeted. “Great move by the league and long overdue.”

Some players, including the Orioles’ Trey Mancini, have worn a “#FairBall” wristband on the field this season in support of fair treatment of minor leaguers.

Although all organizations provide players with somewhere to stay when traveling for road games, the Houston Astros were the only organization providing housing for players at all of their affiliates before this change. Marino, a former minor leaguer with the Orioles and Arizona Diamondbacks, previously told The Baltimore Sun that Houston secured blocks of rooms near their affiliates, with players simply taking a room that opened whenever they moved up or down a level. Alternatively, players in most organizations were required to find their own housing and negotiate short-term leases, all while trying to prepare for games. In some cases, several players crammed into single rooms, with prospects sleeping on couches and air mattresses. At times, players considered even less desirable sleeping spots.

The Orioles provided housing for their players through May, giving them the first month of the minor league season to find somewhere to stay beyond that point. As the end of that window closed, Advocates for Minor Leaguers claimed that some members of the Bowie Baysox, Baltimore’s Double-A affiliate, were planning to sleep in their cars when the team stopped providing housing. After Orioles executive vice president Mike Elias said all Bowie players would be accommodated while calling the organization’s claims “not accurate” and “a reference to hearsay,” Marino defended what he and his group heard from players. Advocates for Minor Leaguers did not publicize any concern regarding the Orioles for the remainder of the season.

Through a spokesperson, the Orioles declined to comment on MLB’s decision to provide housing, noting the league has yet to provide an official framework of the system. A statement from MLB provided to several outlets states that housing will be provided “to certain minor leaguers.”

“MLB is engaged in a multi-year effort to modernize the minor league system and better assist players as they pursue their dreams of playing in the Major Leagues,” the league said in its statement. “In 2021, we increased the salaries for minor league players by 38-72%, depending on level, and significantly reduced travel requirements during the season. In addition, hundreds of millions of dollars worth of improvements to minor league ballparks around the country are already underway, including substantial renovations to player-facing facilities like locker rooms and training rooms. In mid-September, the owners discussed the issue of player housing and unanimously agreed to begin providing housing to certain minor league players. We are in the process of finalizing the details of that policy and expect it to be announced and in place for the 2022 season.”

That modernization process included 42 minor league teams losing their affiliations with major league franchises, including the Frederick Keys, the longtime High-A affiliate of the Orioles. The Keys were one of several teams funneled into a collection of non-affiliated leagues in an effort to maintain some form of professional baseball in those communities.

The decrease in teams brought with it a decrease in roster spots, further allowing organizations to increase the pay of the remaining minor leaguers. Even with those raises, players below Triple-A generally make less than $15,000 a season. In both a statement in relation to ESPN’s report and a subsequent call with The Sun, Marino said with housing seemingly addressed, Advocates for Minor Leaguers’ next target is the pay structure of the minor leagues.

“When minor league players act in a unified way and focus in on a goal and stand together in pursuit of that goal, I wouldn’t bet against them,” Marino said. “We saw it with housing, and I fully expect that if we see players stick together and take the same approach with respect to low, seasonal pay that that will be the next domino to fall.

“I think there are a number of issues with how minor leaguers are treated. But the key is for players to unify around very concrete and reasonable measures as a way of forcing change, and we saw that with housing. And I think low, seasonal pay is next up, and from there, there are other changes that we’d like to see as well, but I think the housing, and the way that guys have to make ends meet by working two and three jobs in the offseason, those are things that make absolutely no sense, from a human standpoint, from a fairness standpoint and from a performance standpoint. Housing was first up. Low, seasonal pay is next, and then we’ll take it from there.”