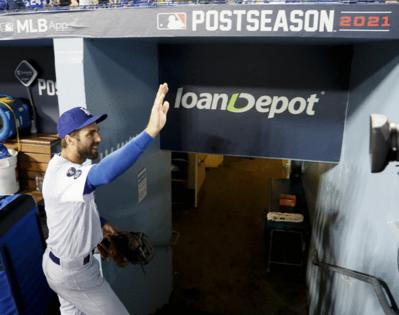 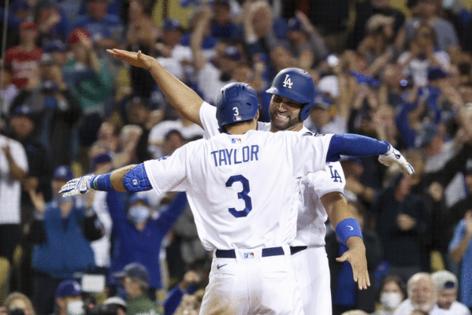 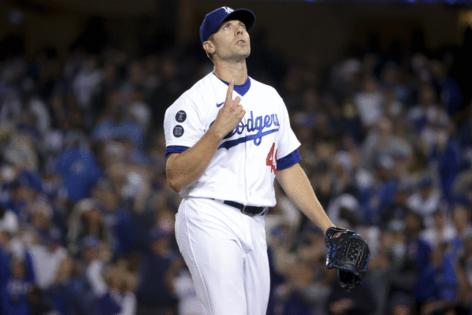 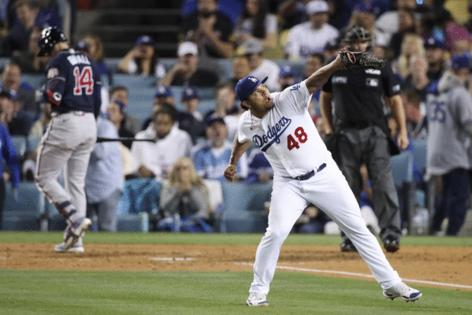 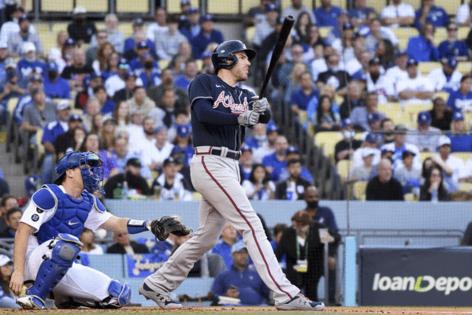 LOS ANGELES — Chris Taylor was late heeding to the roaring crowd’s pleas. The spotlight isn’t for him. The soft-spoken Los Angeles Dodger prefers to sidestep flattery. But pleas from 51,363 people are difficult to ignore, and his teammates urged him to absorb the adulation. Not every day do you hit three home runs in seven innings in a postseason elimination game at Dodger Stadium.

So Taylor eventually emerged from the Dodgers’ dugout for a curtain call, but only halfway, reaching the second step to tip his batting helmet to the mass of jubilant fans grateful for the most important performance of his baseball career Thursday night.

“That was my first one,” Taylor said. “I think anytime you do something cool, when you do it in Dodger Stadium, it makes it that much sweeter. This is a special place.”

On a day that began with a waft of despair for a club staring at a long winter, Taylor supplied the Dodgers’ season oxygen masks in Game 5 of the National League Championship Series. The utilityman, needed at third base Thursday, went four for five with three home runs and six RBIs. The historic performance propelled a mercurial offense as the Dodgers staved off elimination with an 11-2 win over the Atlanta Braves.

Instead of ending their season with a whimper, the Dodgers forced a Game 6 in Atlanta on Saturday with Max Scherzer scheduled to start on extra rest. They are two wins from erasing a 3-1 deficit against the Braves in the NLCS for the second consecutive year.

Taylor clubbed each home run off a different pitcher. There was a two-run blast in the second inning off Max Fried. Next was a two-run shot against Chris Martin in the fifth. Two innings later, he swung himself into rare territory with a solo homer off Dylan Lee to give Los Angeles a 7-2 lead. Taylor became the first Dodger with three home runs in a playoff game since Kike Hernandez collected three in Game 5 of the 2017 NLCS against the Chicago Cubs. He is the second player in Major League Baseball history with at least three home runs, four hits and six RBI in a postseason, joining teammate Albert Pujols, who had those numbers in Game 3 of the 2011 World Series for the Cardinals.

The spectacle ensured that the Dodgers extended their winning streak in elimination games to seven after his walk-off home run in the Wild Card game against the St. Louis Cardinals earlier this month made it six.

“I remember in ’17, from afar, like man-crushing on his game,” Blake Treinen, one of the seven pitchers used Thursday, said about Taylor. “He plays so hard and doesn’t really promote himself. I love that attribute. Seeing him do what he’s doing right now, couldn’t have picked a better time.”

Taylor wasn’t alone in demolishing Braves pitching. AJ Pollock went three for five with two homers and four RBI. Trea Turner went three for four with an RBI and Cody Bellinger collected three hits. Pujols, the 41-year-old first baseman, added two hits and a walk one spot ahead of Taylor. It was a explosion for a sputtering offense that had scored fewer than five runs in seven of 10 postseason games. The 11 runs are the most they’ve scored since Sept. 29. Their 17 hits — 11 came with two strikes — are their most since July 10.

LOS ANGELES — In the final hours before baseball as we know it shut down, Max Scherzer took a few minutes from his obligations to the players’ union to hold a news conference about why he signed with the New York Mets....Read More