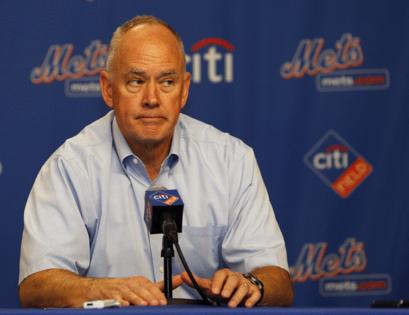 NEW YORK — The New York Mets are facing a busy offseason complete with new front office hires and roster and coaching staff changes. Following another failed season, in which they underwhelmed on offense, struggled with injuries and made headlines for off-field fiascos, the Mets have a ton of work to do to ensure their fans the product they saw in 2021 will be significantly upgraded next season.

Here are four critical components that must be on the Mets’ offseason checklist to help the team move in the right direction for 2022:

1. HIRE A PRESIDENT OF BASEBALL OPS

The Mets attempted and failed to hire a president of baseball operations last offseason during Steve Cohen’s first few months as owner and Sandy Alderson’s return to the club’s front office. The Mets were denied permission from multiple teams last year to speak to executives who were still under contract. They were unable to secure meetings with their top candidates, so they switched to hiring a GM and assistant GM, with the plan of grooming them for eventual promotions to president of baseball ops and GM, respectively.

That plan, of course, fell through once GM Jared Porter was dismissed after 77 days on the job for sending inappropriate messages to a female reporter. Assistant GM Zack Scott took over acting GM duties until last month, when he was placed on administrative leave following a DUI arrest. Alderson has overseen both team president and GM roles over the last year, but he is leaving it up to the Mets next president of baseball ops to decide how much he should be involved.

“What I’m hopeful for is that we can find someone that’s going to be invested in the team long term and will get in the weeds and provide us not only with the leadership and expertise that we need on the baseball side,” Alderson said last month. “From my standpoint, I’m happy to turn that over to someone that we find who’s more than capable.”

The Mets will start fresh this winter, and Alderson hoped there would be fewer roadblocks in finally securing a head of baseball ops, but there is no guarantee.

The Mets are on the way to hiring their fifth manager in five years. There has been no stability in the skipper’s office and that trickles down to the clubhouse in terms of continuity, trust and forming relationships. The 2021 Mets would have benefited from a veteran manager and the 2022 club will be no different.

The word “veteran” in this context means hiring an individual with at least a few, or several, years of experience dealing with the daily grind of being a modern-day manager. And for that, the Mets will need to change their structure a bit from figurehead for the front office to letting the manager have some autonomy, particularly for in-game tactics.