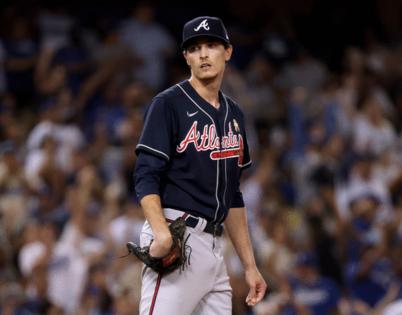 The Atlanta Braves won 88 games this season, the fewest of the 10 playoff participants and fewer than two teams — Toronto and Seattle — that didn’t reach the postseason, but as they say this time of year, you can throw those records out the window.

As winners of the not-so-rugged National League East, the Braves not only earned passage to the NL Division Series, where they beat the Milwaukee Brewers in four games, they’ll have home-field advantage in the NL Championship Series against the Dodgers, a wild-card team that won 106 regular-season games.

The battle for the NL pennant is a rematch of the 2020 NLCS, when the Dodgers overcame a 3-1 series deficit by winning the final three games to earn a berth in the World Series, where they beat Tampa Bay in six games for their first championship since 1988.

Nine things to know about the Braves:

Joc Pederson hit so many big playoff homers for the Dodgers from 2015-2020 that they nicknamed a month after him. The left-handed-hitting slugger has continued his October heroics in Atlanta, clubbing two pinch-hit homers in the division series, including a three-run shot to give the Braves a 3-0 win over the Milwaukee Brewers in Game 3.

A platoon player in Los Angeles, Pederson left last winter in search of more playing time, signing a one-year, $7-million deal with the Chicago Cubs. He was traded to Atlanta on July 15 and hit .249 with a .752 on-base-plus-slugging percentage, seven homers and 22 RBIs in 64 games for the Braves.

“That guy’s got no heartbeat,” Braves manager Brian Snitker said. “It’s like he’s on the playground. Playing against him in the postseason the last few years, you could tell that. He just slows things down and doesn’t get caught up in anything other than his at-bat.”

The Dodgers are all too familiar with the lethal left-handed bat of Freddie Freeman, the former Orange El Modena High standout and 2020 NL most valuable player who propelled the Braves into the NLCS with a game-winning eighth-inning homer off Milwaukee relief ace Josh Hader on Tuesday.