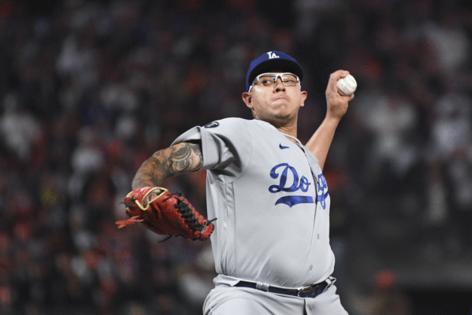 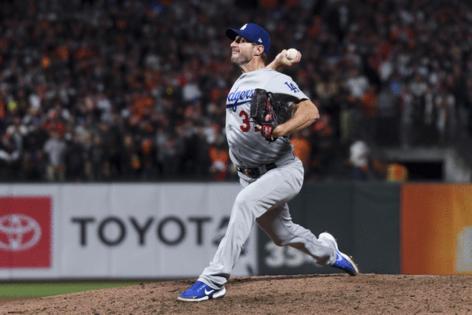 SAN FRANCISCO — Who could have imagined any of this?

Who could have guessed it would be Cody Bellinger, downtrodden Cody Bellinger, who would drive in the go-ahead run in the Dodgers’ 2-1 victory over the San Francisco Giants in Game 5 of their instant classic National League Division Series?

And who could have pictured it would be Max Scherzer on the mound recording the final outs at Oracle Park that advanced the Dodgers to take on the Atlanta Braves in the NL Championship Series?

With three outs remaining in the game, Scherzer charged out of the Dodgers bullpen, the ace now the closer.

He was an unlikely candidate to pitch in relief on Thursday, and not just because he was scheduled to pitch in a hypothetical series opener against the Braves.

Scherzer’s history as a postseason reliever included a season-ending meltdown with the Washington Nationals in 2017. In Game 5 of a NL Division Series against the Chicago Cubs, the Nationals were leading by a 4-3 margin when they called on Scherzer to pitch the fifth inning. He gave up four runs and the Nationals went on to lose 9-8.

The nightmare wasn’t relived, Scherzer pitching a scoreless ninth to preserve the one-run advantage the Dodgers gained on Bellinger’s single to right field in the top half of the inning.

Scherzer started the bottom of the ninth inning by forcing Brandon Crawford to fly out to left field.

He then induced a grounder by Kris Bryant, only for third baseman Justin Turner to make a fielding error.