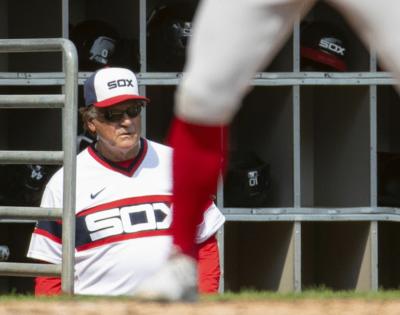 Tony La Russa will be back as Chicago White Sox manager if he wants, though he insisted after their playoff exit Tuesday it’s up to management and players to let him know they want him back.

Of course, none of them really has a vote.

The only one who does is Chairman Jerry Reinsdorf, the one who hired La Russa in the first place.

Does anyone really believe Reinsdorf is going to get rid of La Russa again after finally rectifying what he repeatedly said was the biggest regret of his baseball career?

It’s in the White Sox’s best interest to publicly confirm the obvious and move on to the offseason, during which general manager Rick Hahn has some work to do to bring this team up to the championship level Sox fans were promised.

If not, questions about La Russa’s future will only linger, which is good news for Sox Twitter but bad news for Hahn.

While the overall sentiment from players this season was decidedly pro-La Russa — except for their support for Yermín Mercedes during the “unwritten rules” controversy — it would be silly to think every player wants him back. I can think of a few pitchers who probably wouldn’t, though a couple might be gone in 2022 anyway.

Because no players except Game 4 starter Carlos Rodón and rookie Gavin Sheets were made available to speak with the media after the Sox bowed out, we couldn’t poll the clubhouse to see whether they were leaning pro-La Russa or pro-removal in the mysterious referendum we only learned about during the manager’s postgame press briefing.

We also would need to know if absentee ballots could be cast and whether all clubhouse employees would be allowed to vote instead of just players on the playoff roster. Would a simple majority be enough to bring La Russa back or would he need 75% of the votes cast, like the Hall of Fame voting by Baseball Writers Association of America members?

And who would be in charge of counting the votes? Would it be a Sox employee or a neutral observer from the media?

Following Terry Collins’ stretch at the helm from 2011-17, the Mets have gone through ...Read More

The Giants, like every other team in baseball, had one clear goal when they entered the 2021 season: Win the World Series.

But Giants fans always enter the season with another goal in mind: Beat the Dodgers.

SAN FRANCISCO — The Dodgers’ World Series hopes hinge on beating the San Francisco Giants in Game 5 of the National League Division Series on Thursday. A loss and their season is over. A win and they advance to play ...Read More

"Just seems like Julio has this weird but, like, old soul about him," Betts said. "He just gets on the mound like he's been ...Read More

LOS ANGELES — Dodgers right fielder Mookie Betts sensed no anxiety among his teammates as they prepared for what might have been the last game of their season, no jitters or strange vibes or special energy as they faced ...Read More