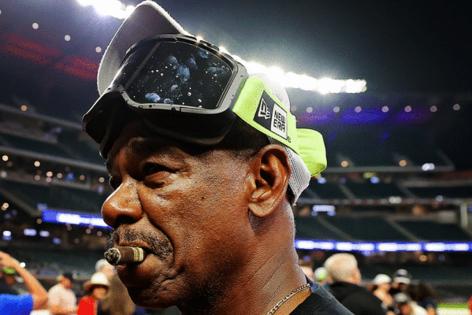 Following Terry Collins’ stretch at the helm from 2011-17, the Mets have gone through three managers and recorded losing records in three of their last four seasons. From Mickey Callaway to Carlos Beltran (who never managed a game) to Luis Rojas, the Amazin’s are 266-280 in that span. The club has hired three consecutive first-time managers since October 2017 with zero playoff appearances to show for it.

Now, Mets owner Steve Cohen is looking for an individual who will not only stay with the organization for a while, but most importantly, will win. Keep in mind, the manager who lands the job will depend entirely on whom the Mets hire for president of baseball operations.

Here’s an early look at the names that have surfaced for Mets managerial candidates:

Washington, currently Atlanta’s third-base coach, won two American League pennants as manager of the Rangers from 2007-2014. Washington went 664-611 across eight years as skipper in Texas and made it to the World Series in 2010 and 2011. The 69-year-old has coached for the Braves since 2017, becoming the club’s infield defense guru, and is widely credited for the development of Atlanta’s young stars. Washington is an accomplished, veteran managerial candidate for the Mets who is already familiar with the NL East and the organization. He served as a minor-league coach for the Mets for five years in the 1990s.

He was a finalist for the Braves’ managerial vacancy in 2016 before the gig went to Brian Snitker, who currently holds the position. Washington is again being considered by the Padres, according to MLB Network, and he was the runner-up in 2019 behind San Diego’s former skipper Jayce Tingler.

If the Mets are interested in giving Washington a call, the club will wait after the Braves are out of the playoffs. Atlanta advanced to the NLCS this week, and if the team goes all the way to the Fall Classic, the Mets may have to wait until November for a potential interview. Again, whether Atlanta advances or not, the Mets will secure a head of baseball ops before deciding on a manager.

The veteran skipper has not managed since 2018 with the Orioles, and he’s made broadcast TV appearances ever since. In a recent interview with The Athletic, Showalter said he doesn’t consider himself retired and he’s certainly open to managing again. Moreover, Showalter said he would listen if the Mets called about their managerial vacancy.

Showalter, 65, has managed the Yankees, Diamondbacks, Rangers and Orioles in a 20-year span from 1992-2018 with a few hiatuses in between. His name frequently pops up in discussions for manager openings, with his pitfall potentially being that he’s too old-school in a modern, analytics-based process. He was named Manager of the Year in 1994, 2004, and 2014 and has a 1,551-1,517 career record.

The former super-utility Mets player from 2000-2004 was a finalist for the team’s managerial vacancy in 2017 before Callaway was hired for the position. His name again surfaced in 2020, after the Mets parted ways with Beltran, but he did not receive an interview as the club promoted internally, going with Rojas for manager.

McEwing, 48, is currently learning under Tony La Russa’s wing as the third-base coach for the White Sox. He has coached in Chicago since 2012, plus managerial stints in the White Sox minor-league system since 2008. The Mets would be taking a chance on McEwing, though, as he would become their fourth-straight first-time manager if he was hired for the position.

Speaking of chances, Beltran would require a second chance from the Mets if he was to be considered for their managerial opening again. The former Mets center fielder and nine-time All-Star took the helm for the Mets for just two months from November 2019 to January 2020 before becoming the third manager to be fired for his involvement in the Astros’ 2017 sign-stealing scandal, joining Alex Cora and A.J. Hinch. Both Cora and Hinch have returned to manage the Red Sox and Tigers, respectively, after serving one-year suspensions, and many in the industry believe it’s time for Beltran to follow suit.

The Giants, like every other team in baseball, had one clear goal when they entered the 2021 season: Win the World Series.

But Giants fans always enter the season with another goal in mind: Beat the Dodgers.

SAN FRANCISCO — The Dodgers’ World Series hopes hinge on beating the San Francisco Giants in Game 5 of the National League Division Series on Thursday. A loss and their season is over. A win and they advance to play ...Read More

"Just seems like Julio has this weird but, like, old soul about him," Betts said. "He just gets on the mound like he's been ...Read More

LOS ANGELES — Dodgers right fielder Mookie Betts sensed no anxiety among his teammates as they prepared for what might have been the last game of their season, no jitters or strange vibes or special energy as they faced ...Read More

LOS ANGELES — A night after they whimpered, they wailed.

A game after being blown to the brink of elimination, they gusted and swirled and whipped.

C'mon, you really thought the Dodgers were going away quietly? You ...Read More