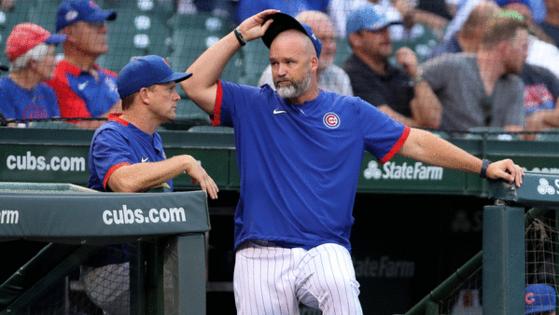 While David Ross is evaluating Chicago Cubs players down the stretch of this lost season, the manager and his coaching staff also are under evaluation.

But the players have hard statistics to judge them by while team President Jed Hoyer might use a variety of criteria to assess the merits of Ross and the coaches.

With two teams — “Cubs 1.0″ from spring training through July 30 and “Cubs 2.0″ from July 31 to the end of the season — it’s probably unfair to judge Ross solely by their 66-83 record, just as it was premature to anoint him the next great thing after making the postseason in the pandemic-shortened 2020 season.

But baseball is a business in which managers sometimes get canned for no reason.

Former manager Dale Sveum was fired by the Cubs after two seasons of the rebuild, Rick Renteria was ousted after one year to make way for Joe Maddon and Maddon was let go three years after winning the team’s first championship since 1908.

Hoyer was the general manager for all three, though former Cubs President Theo Epstein pulled the trigger. Now it’s all on Hoyer to judge Ross’s performance.

Ross has one year remaining on his contract and is almost certain to be back in 2022. Hoyer could make a statement by extending Ross before the start of next season, but it’s too early to speculate about that.

Ross said Saturday that he hasn’t had conversations with Hoyer about how he’s doing and he’s just focusing on doing the job as best he can.

“My job is to win,” Ross said. “I evaluate below me … and let the people above me evaluate me. If I’m doing a good job, they’ll keep me around. If not, we all know what happens when you’re not doing your job.

“I don’t dive too deep into it. I try to win, create a winning culture, make that a priority around here. If we ever lose sight of that, we’re not doing our team or the organization justice. When you change some of the personnel, you understand you’re going to take a step back.