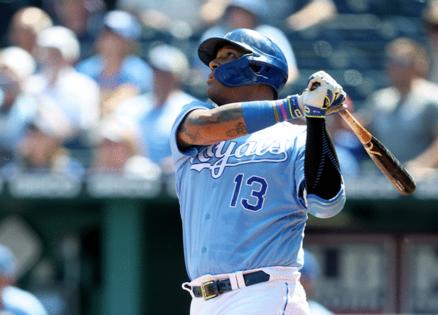 KANSAS CITY, Mo. — Kansas City Royals All-Star Salvador Perez’s best offensive season of his career reached a historic Benchmark. Perez, a seven-time All-Star and five-time Gold Glove winner, has put himself among the most exclusive company as far as power-hitting seasons for a catcher in Major League Baseball history.

Perez smashed his 45th home run of the season in the first inning of Thursday afternoon’s game against the Oakland Athletics at Kauffman Stadium.

That 428-foot blast, which landed in the left-center-field stands, matched Hall of Famer Johnny Bench for the most home runs in a single season by a primary catcher (having played at least 75% of their games as a catcher).

In the official record count per the Elias Sports Bureau, Hall of Famer Ivan “Pudge” Rodriguez holds the American League record for single-season home runs by a player while in the lineup as a catcher with 35 homers in 1999.

Bench hit 38 of his homers in 1970 while playing catcher.

This season, Perez has hit 15 home runs while in the lineup as the designated hitter — as was the case on Thursday — therefore 30 of his home runs count toward the official record for catchers.

The Blue Jays have a day off on Thursday, while Ohtani did not homer in the Angels' 9-3 win against the White Sox.

Perez, 31, also moved into a tie with Mike Sweeney for second place on the Royals' career home run list with 197. The only player in franchise history with more home runs than Perez is Hall of Famer George Brett with 317.

ATLANTA — It was close to midnight Saturday when Atlanta erupted. A sellout crowd erupted. Fireworks erupted. The players erupted, tossing off their caps and hopping madly around the infield. The mascot charged onto the ...Read More