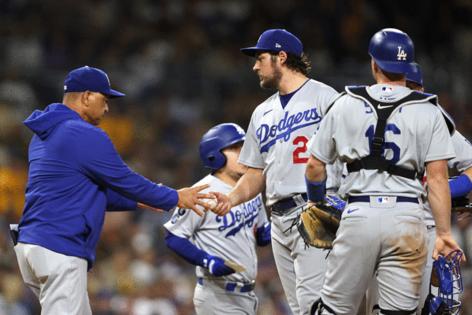 Perhaps that sentence should end with a period instead of a question mark. The Dodgers are in the playoffs, again. Never have the Dodgers missed the postseason in a year Roberts has managed them.

For all the never-ending second-guessing from an engaged and spirited fan base, this statistic speaks for itself: Nobody in major league history has managed more games with a better winning percentage.

Roberts’ career winning percentage is .618. That averages to 100 wins per season.

In the immortal words of Tommy Lasorda, “This [freaking] job is not that [freaking] easy.”

The job is much more difficult today than it was in Lasorda’s day.

Lasorda was the face of the Dodgers. He commanded the attention, and enormous power over who played and who did not, who stayed in L.A. and who did not. He could share a buffet table of Italian delicacies, or overturn it and yell at his players.