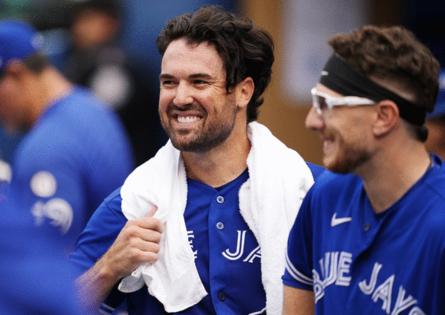 Well, this is a different sort of homecoming. For the first time since early July, the Rays are returning to Tropicana Field after a losing road trip.

The Blue Jays jumped on Tampa Bay starter Michael Wacha early in Wednesday’s day game and then rode Cy Young Award candidate Robbie Ray to a 6-3 victory to take two out of three in the series.

The Rays were 4-5 on the three-city trip — including Boston and Detroit — after going a combined 16-5 in their previous four road trips.

It didn’t take the Blue Jays long to recover from their shutout loss on Tuesday night. Four batters into the bottom of the first, a Marcus Semien walk, a Vladimir Guerrero Jr. double and a Bo Bichette home run had Toronto up 3-0. Bichette, who also had a single and sacrifice fly, finished with five RBIs.

Wacha had turned in three successive strong outings but could not handle the top half of the Toronto order on Wednesday. Semien, Guerrero, Bichette and Teoscar Hernandez went 6-for-9 with two walks and six RBIs against Wacha.

Rays catcher Mike Zunino provided Tampa Bay with a little hope in the fifth with his 30th home run of the season, but the Blue Jays quickly added on. Brett Phillips made it interesting with a two-run homer in the eighth, but Tampa Bay went down quietly in the ninth.