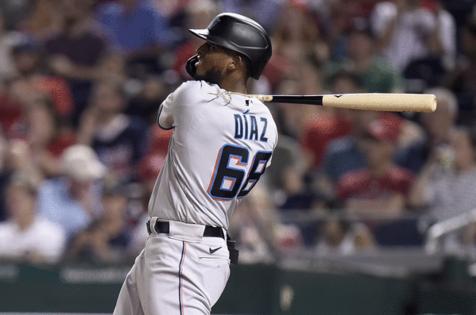 The season hasn’t gone how anyone inside the organization had hoped. Miami will finish with a losing record for the 11th time in the last 12 years, the lone exception being the 31-29 record during the pandemic-shortened 2020 season that allowed the Marlins to sneak into the playoffs.

The biggest challenge of the season, from Ng’s perspective: Getting a true evaluation of her team when the full roster barely played together at any point in the season.

“In the back of your head, you always think, ‘OK, if we can play relatively healthy, then at least what you thought were your deficiencies or thought were your positives coming out of the offseason, you’d be able to evaluate yourself,’ ” Ng said Tuesday before the Marlins’ 8-2 loss to the Washington Nationals that dropped them to 61-84 on the season. “So I think the toughest thing was when we did get as injured as we did, there’s still this question of ‘What were we really?’ ”

This is especially true of the starting rotation, expected to be the strength of the Marlins’ roster this season.

Sixto Sanchez never threw a pitch after injuring his shoulder in an intrasquad game at the alternate training site before opening day and eventually underwent season-ending surgery.

Elieser Hernandez went on the 60-day injured list twice, first with right biceps inflammation and then with a quad strain.

Pablo Lopez hasn’t pitched since the All-Star break while sidelined with a right rotator cuff strain.

Trevor Rogers missed one start with a lower back injury and then missed a month while tending to family issues.

Even Sandy Alcantara missed one start while on the bereavement list.

The result there: The Marlins have used 18 different starting pitchers this year, a single-season club record.

And then you can look at the infield.

Jazz Chisholm Jr. has had four injured list stints, missing 16 games with a hamstring injury, nine with a shoulder injury and five total for a pair of illnesses. This doesn’t include the week he missed for an ankle sprain when he stayed on the active roster.

And now Jesus Aguilar is sidelined, possibly for the rest of the season, with left knee inflammation.

“When you look back at the season,” Ng said, “that is the one thing. You wish you could have seen what it really was right from the get go.”

— Jesus Luzardo allowed four runs on seven hits and two walks (one intentional) Tuesday while striking out one over 4 1/3 innings against the Nationals.

Of note: Luzardo induced zero swings and misses with his curveball, which he threw 31 times. Luzardo entered Tuesday with a 48.7% whiff rate this season on the curveball.

— First baseman Lewin Diaz hit a pair of solo home runs for Miami’s only runs of the game. It was Diaz’s first career multi-hit game at the MLB level. Five of Diaz’s 11 hits this season have been home runs. Three others have gone for extra bases (two doubles, one triple).

Marlins manager Don Mattingly on Tuesday said Sandy Alcantara was doing well a day after a 111.5 mph comebacker from Juan Soto hit the starting pitcher. Alcantara stayed in the game Monday after that fourth-inning incident and threw eight shutout innings while carrying a no-hitter into the seventh inning.

“Just a little sore, tender over the spot that he got hit,” Mattingly said. “It seems like him and us and we as an organization kind of dodged a bullet there with him, anything serious or anything going on with that.”