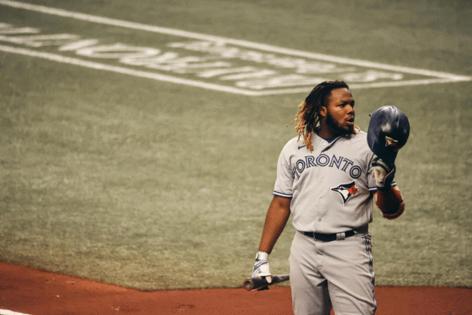 On Tuesday afternoon, manager Joe Maddon said he hasn’t been consumed by the tight race for MLB’s home run crown either.

For the first time since June 28, Angels two-way star Shohei Ohtani entered Tuesday trailing in the long ball race, after Toronto Blue Jays first baseman Vladimir Guerrero Jr. passed him on Monday by belting his 45th of the season.

While that development reignited the MVP debate between Ohtani and Guerrero Jr. in some baseball circles, Maddon tried to isolate its importance to the all-around year-end award.

"[Guerrero Jr. is] having a wonderful offensive year, no question about it, but so is our guy,” Maddon said. “And I hope that people don’t get swayed to think that just by winning the home run title, that would impact the MVP race.”

Guerrero Jr. and Ohtani have been jockeying for both honors — MVP and the home run title — for most of the summer.

Ohtani’s historic two-way season, including 44 home runs and 94 RBIs as a batter to go with a 3.36 ERA with 136 strikeouts as a pitcher, has made him the heavy favorite for the American League MVP.

Lately, however, Guerrero Jr. has helped lift the Blue Jays into the thick of the wild-card race while also keeping his chances of becoming MLB’s first triple crown winner since 2012 alive.

Ohtani, meanwhile, remains the MLB leader in wins above replacement according to both Fangraphs and Baseball Reference.

Ohtani has said earlier this season that both the MVP award and home run title are accomplishments he’d be honored to win, though he also noted he is simply focused on finishing the season “strong and healthy.”

Maddon is also intrigued by the home run race — something an Angels player hasn’t won since Troy Glaus’ club-record 47-homer season in 2000 — even if it isn’t something he is following too closely.

Indeed, with three weeks left in the season, there’s still plenty of time for both races to come down to the wire.

The Twins starting pitcher, who struck out five batters and allowed just one run in five ...Read More

SEATTLE — Baseball’s midsummer classic will return to Seattle in 2023.