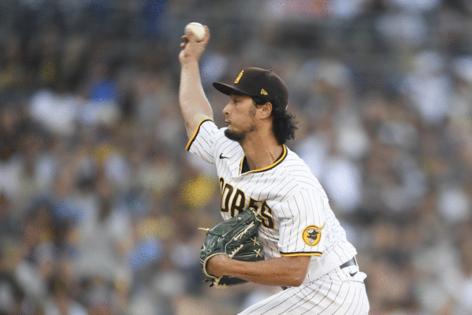 SAN DIEGO — On the final day of July, the day after their starting rotation didn’t get help and the day their most productive offensive player went on the injured list, the San Diego Padres continued to play like a bad team and got beat by 5-3 by the Colorado Rockies, a team that is not very good.

The Padres have lost five of their past seven games and can do no better than split this four-game series against the Rockies, who won for the eighth time in the 15 meetings between the teams this season. The Rockies are 46-59 overall and on Saturday won for the 13th time in their 52 games away from Coors Field.

If not a day that will live in infamy, Saturday was a sobering illustration of what ails a team that might be hanging by a thread to its playoff hopes with two months remaining in the season.

For that to not be the case, there would need to be sharp reversal of what has been happening for a while.

The Padres’ offense has been mercurial all season, inconsistent to the point of inexplicable. The starting pitching has dipped to near freezing over the past month.

It has at least reached the point where watching what is happening with the Cincinnati Reds (55-50) might be more pertinent for the Padres (60-47) and their fans than concerning themselves with the San Francisco Giants and Los Angeles Dodgers. The Reds are the team closest to the Padres in the race for the National League’s second wild-card spot. For the record, the Reds blew a one-run lead in the ninth and lost 5-4 to the New York Mets in 10 innings and will remain four games back.

The Padres are 0-2 since Friday’s trade deadline passed without them landing the starting pitcher they needed. And Saturday was their first of at least eight games they will play without shortstop Fernando Tatis Jr., who dislocated his shoulder on Friday.

In the middle of the ugliness was some frustration.

It had been almost two months since Padres manager Jayce Tingler had been ejected, but he reclaimed the major league lead with his fifth ejection of the season when he was tossed by home plate umpire Manny Gonzalez shortly after running out to complain when a pitch well below Jurickson Profar’s knees was called a third strike and ended the sixth inning.

A walk by Jake Cronenworth, single by Eric Hosmer and walk by Trent Grisham had loaded the bases before Profar’s dubious strikeout and accounted for the Padres’ only baserunners in Rockies starter German Marquez’s final three innings.